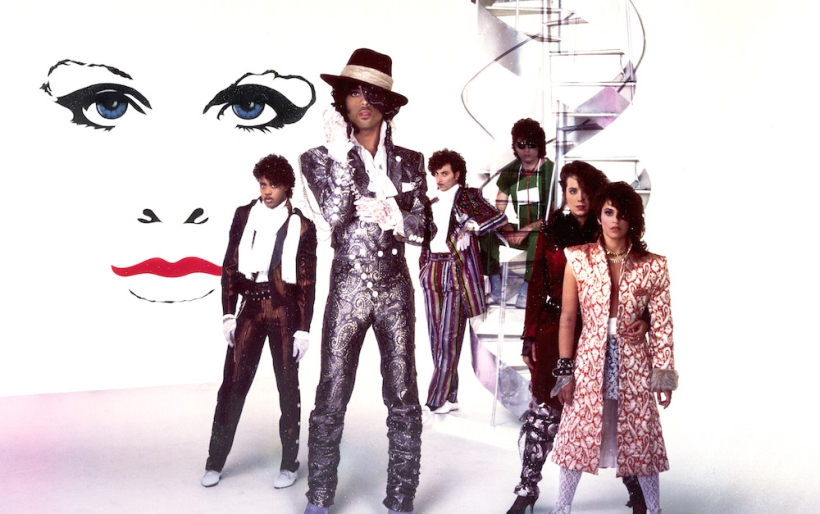 Prince and The Revolution | photo by Larry Williams

The news of Prince’s death just over a year ago came as a shock to nearly everyone who heard it, with music fans in mourning around the world. But it hit particularly hard for those select few who knew and worked with the famously reclusive icon.

“I saw the words ‘Prince Dead’ on TV, and those two words just didn’t make sense,” recalls drummer Bobby Z, a member of Prince’s band from 1979 to 1986, the years from his breakthrough to the recording of Purple Rain and beyond. “It was incomprehensible that for some reason he was gone.”

Bobby Z and the other members of the classic line-up of The Revolution – guitarist Wendy Melvoin, keyboardist Lisa Coleman, bassist Brown Mark and keyboardist Matt “Doctor” Fink – have reunited to pay tribute to His Purple Badness, stopping in Philly for two nights at the TLA this weekend. According to Z, the concerts provide a degree of catharsis for musicians and audience alike.

“It’s such a profound loss that Prince is gone,” he says. “It’s left a hole that only his music can fill. It’s not going to heal you or anything, it just feels better to hear it. We’re not replacing him in any way, but the audience and us together can recreate a little bit of the excitement. It’s not nearly what it would be if he was there, but we can whip up a bit of a frenzy so people can feel a little bit of what it was like.”

Z (aka Robert Rivkin) was on hand to observe Prince’s meteoric rise almost from the beginning. He was a studio drummer at producer Chris Moon’s MoonSound Studios in the late 1970s while the young Prince Rogers Nelson was making his first forays into recording. “I walked by the door of Studio A one day and heard this glorious sound, so I looked to the right and saw the afro,” Z recalls. “I got that half-eyed stare that we all know so well, but when I saw it for the first time it seemed more reptilian than human. There was kind of a different sense about him, and as soon as I walked into the room Chris Moon said, ‘That’s Prince, be careful.’ He had the shroud of mystery right from the beginning – he just wasn’t famous yet.”

Recognizing Prince’s inestimable gifts from the outset, Z determined to establish himself in the future superstar’s orbit, aided by his day job as a gofer for Prince’s first manager, Owen Husney. “I said, ‘I’m sticking to this guy like glue,’ and I had to win him over with laughter,” Z says. “During the day I would drive him around and then I would jam with him all night. Eventually I got hired as his drummer, which only took two years of constant playing all night, every night, until I was exhausted. He didn’t need any sleep.”

Thus began an eight-year (and, in a sense, a lifetime) odyssey, as Bobby Z manned the drums for Prince’s earliest hits and best-known classics, appeared in the movie Purple Rain and toured the world, remaining until Prince shook up his band following Around the World in a Day and Parade, when Z was replaced with another drummer with a single-letter surname, Sheila E.

In 2011 the drummer suffered his own brush with mortality, suffering a near-fatal heart attack that has led him to become an advocate for heart health and awareness. “Prince was the first one to call my wife when I was in the hospital. He was a concerned friend and deeply helpful. Now on the other side of that coin, for me to lose him is really bizarre.”

A year later Z reunited with his fellow Revolution members to raise money for the American Heart Association, and in the following years there was talk of a full-scale reunion tour with Prince that sadly never came to fruition. But after the legend’s unexpected passing, the band decided to undertake their first tour together in more than 30 years, with Melvoin taking over vocal duties.

“The question became, could we not do it? I don’t think you can go through anything together like the Purple Rain tour or that movie without feeling like you’re in some kind of special club. The five of us are battle-tested Prince warriors.”