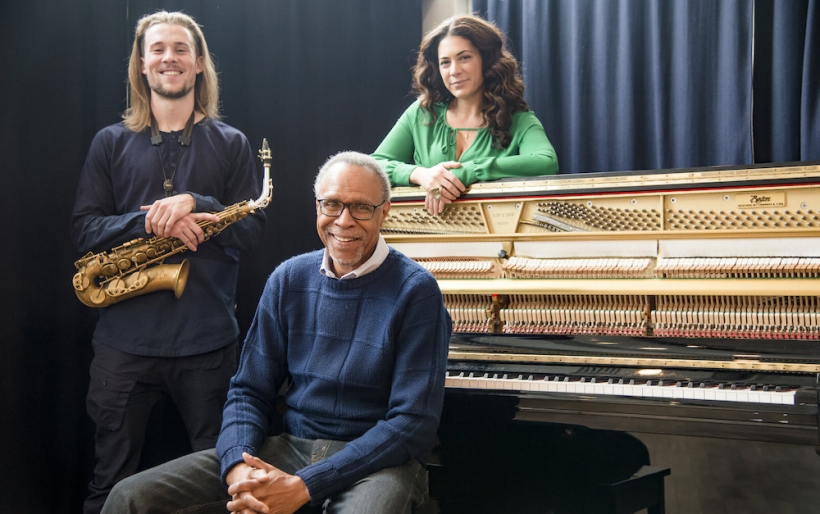 Philly Jazz Guide: Top picks for live music around town in May

A trio of dueling (or harmoniously co-existing, depending on who you ask) festivals means that May begins with a bit of a Jazz Appreciation Month hangover. Local fans won’t have too long to recover, though, as pianist Glenn Zaleski brings his fine trio – featuring bassist Dezron Douglas and drummer Craig Weinrib, the only time the in-demand trio that recorded Zaleski’s new CD Fellowship will reconvene on his current run – to Chris’ Jazz Café on Wednesday, May 3rd, kicking off a run of worthwhile shows that continues the next night at Matt Yaple’s invite-only (shoot him an email) listening-room series @exuberance with Tel Aviv-born pianist Tamir Hendelman and on Friday with the Kennedy Center’s all-star tribute to vocal great Abbey Lincoln at the Merriam, spearheaded by Teri Lyne Carrington and featuring powerhouse singers Dee Dee Bridgewater, Dianne Reeves and Esperanza Spalding.

If you’re still riding the festival high and want to keep it up for another weekend, the inaugural Germantown Music Festival arrives just in time. Looking to draw some positive attention to the neighborhood that they call home, vibraphonist Tony Miceli, flutist Anne Levinson and drummer and Rittenhouse Soundworks found Jim Hamilton banded together to produce the daylong celebration, which will take place at several venues in the area including Hamilton’s. Headliners include The Jost Project, the classic rock-oriented jazz quartet that includes Miceli and singer Paul Jost; Levinson’s Germantown Flute Trio; Hamilton’s Forro Duo, with accordionist Rob Curto; and a quartet co-led by Germantown native Monnette Sudler and violinist Diane Monroe.

The past few months have offered glimpses of the latest round of Kimmel Center Jazz Residency works, but the three new pieces will finally have their full premieres this month. From May 11th to 13th, new evening-length compositions will be unveiled by saxophonist Max Swan, keyboardist Jawanza Kobie, and singer Joanna Pascale (in collaboration with Trinidadian trumpet player Etienne Charles). The latter is an intriguing take on a little-known secret language, the Victorian art of floriography – communicating sentiment and emotion through floral arrangements. Kobie, meanwhile, partnered with Yale theater prof Deb Margolin to create a “Peter and the Wolf” inspired piece to introduce children to the instruments and rhythms of jazz, while Swan crafted material for a crossover album that blends jazz with electronic, pop and rock influences.

Ars Nova Workshop is presenting two shows this month featuring longtime favorites who have regularly been highlights of the presenter’s calendar throughout the years. On Monday, May 15, prolific saxophonist/composer Ken Vandermark will return, this time in a duo with the vocabulary-expanding trumpeter Nate Wooley. Both men share a restless sense of cerebral adventure, as evidenced by the constantly shifting contexts in which they place their ever-searching voices, so together they almost inevitably force each other into invitingly unknown territory. The next night, drummer/composer John Hollenbeck returns with his longstanding Claudia Quintet, celebrating the release of their eighth album, Super Petite. The new album’s focus on shorter songs is just the latest balancing acts between the playful and the complex, the intricate and the catchy, that has been the band’s stock in trade for 20 years now.

To close out the month, trumpeter David Weiss brings his stellar quintet Point of Departure to South on May 31st. Weiss is often a man out of time, alternating tenures with the elder jazz statesmen of The Cookers and the rising young players of Point of Departure. Both take different approaches to a similar mission – bringing undersung jazz greats to the attention of adventurous listeners. In The Cookers’ case, it’s the veteran musicians themselves who Weiss is out to promote; in PoD’s case, it’s a roster of innovative composers whose repertoire extends well beyond the handful of pieces that have entered the pantheon. The band’s fantastic latest album, Wake Up Call, includes lesser-known tunes by Andrew Hill, Wayne Shorter, Joe Henderson and Tony Williams, among others, and is all the argument needed for further exploration of these great artists’ catalogues.