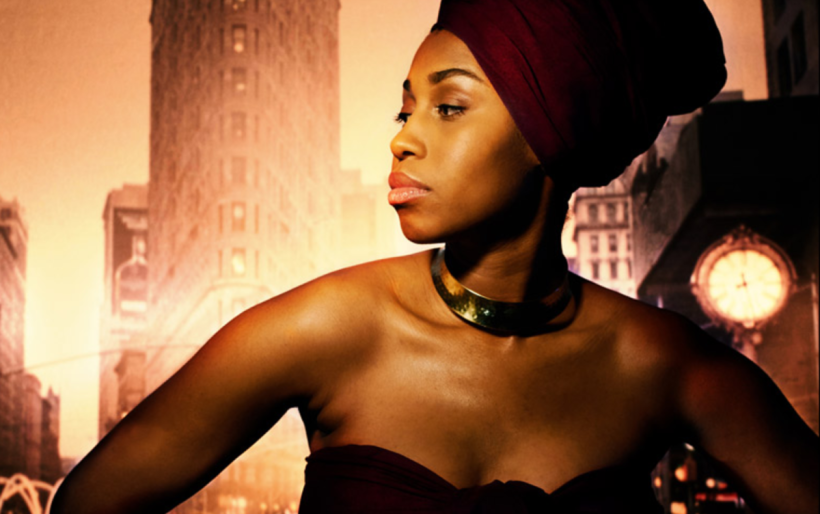 Summer is festival season in the jazz world, and with the city having hosted its few contributions back in April that leaves a pretty sparse calendar for anyone not heading down the shore. There are quite a few standout shows this month, though – and one festival, albeit one with a more local focus.

The free Lancaster Avenue Jazz and Arts Festival will be headlined by Philly native saxophonist Jaleel Shaw for its 11th year, which is meant to draw focus to the revitalization efforts of the People’s Emergency Center’s Community Development Corporation. This year’s line-up also features rising star trumpeter Josh Lawrence, drum prodigy Nazir Ebo, and pianist/vocalist V. Shayne Frederick, among others.

Ari Hoenig | Courtesy of the artist

Drummer Ari Hoenig is taking advantage of the off-season to return home to Philly and to his usual haunt, Chris’ Jazz Café. The always-animated, intricately melodic but powerhouse drummer will lead his trio with bassist Jean-Michel Pilc and bassist François Moutin – a band that used to be a going thing but hasn’t played in Philly for more than a decade, so they should be energetically making up for lost time on the intimate bandstand. The Philadelphia Jazz Project will spotlight Philly’s rich stock of jazz singers for a three-day weekend, hosting four concerts in Fairmount Park’s historic Hatfield House. “Voices of the People: Celebration of Singers” will take place July 6-8 and feature more than a dozen golden-voiced locals, including favorites like Rhenda Fearrington, Lili Añel, Paul Jost, Milton Suggs and Barbara Montgomery. It’s a great way to get acquainted with the diverse range of singers the city has to offer.

Diane Monroe | Courtesy of the artist

On July 13, Matt Yaple’s @exuberance series offers the first outing for three other longtime Philly collaborators. Pianist Tom Lawton, violinist Diane Monroe and bassist Matthew Parrish have worked with virtually everyone in the city, including each other – but never all together. That three-decade oversight will be remedied when they form an unconventional trio at the city’s most unconventional listening space (that also happens to be an unconventional home). It’s invite-only, but an RSVP will snag you a welcome.

Howard Alden | Courtsy of the artist – Photo by Joseph Boggess

If his name isn’t familiar, his fretwork certainly is. Howard Alden is a modern-day Django Reinhardt disciple, enough of a gypsy jazz master that he played Sean Penn’s guitar parts in Woody Allen’s Sweet and Lowdown. Beyond that Hollywood flirtation, he’s been recognized as one of the leading torchbearers and contemporary innovators of the gypsy jazz sound for the last few decades. In 2015 he guested with Philly’s own branch of the gypsy jazz family tree, the Hot Club of Philadelphia, on the band’s album Gypsy Routes. They’ll reunite on July 15 at the Venetian Club in Chestnut Hill for a night. Jonah_Parzen-Johnson | Courtesy of the artist

There’s something about the baritone saxophone – maybe it’s the fact that the big horn is usually relegated to anchoring sections in big bands and rarely given the spotlight, but in recent years a few bari wielders have gotten adventurous all by their lonesomes. Perhaps the best known is Colin Stetson, whose alliances with Arcade Fire and Bon Iver have garnered him some indie cred, but Jonah Parzen-Johnson is doing similarly exploratory work with just his sax and analog synths that he manipulates via foot pedals. He’ll conjure some of the atmospheric sounds from his latest, I Try To Remember Where I Come From, at Milkboy on July 20. Jazzmeia Horn | Courtesy of the artist

With a name like Jazzmeia Horn, how could the Texas-born singer have gone into any other line of work? Fortunately, Horn possesses natural gifts, enough to score her the top prize in the 2015 Thelonious Monk International Jazz Competition. This year she debuted on the famed jazz label Prestige with her debut, A Social Call – a title that carries (at least) a double meaning. On the one hand there’s the outgoing nature of her gospel- and soul-flavored voice; on the other, there’s a call to speak out about society’s ills, which she does through the well-chosen repertoire on the album, which range from pointed spirituals to civil rights-era jazz classics. She’ll make a call at South on July 21 and 22.