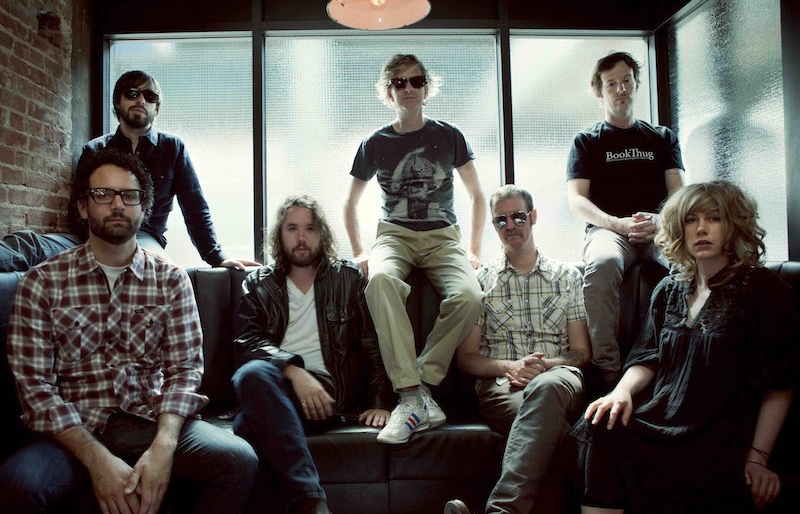 Broken Social Scene’s new LP, Hug of Thunder, is the album I didn’t know I needed. It’s eclectic, it’s thought-provoking, it’s dance-worthy, and as what you’d expect from a fifteen-piece group — yes, like a one and a five next to each other — it’s big.

No matter the tone of the tune, each song conjures up its own expansive, atmospheric flavor — fully immersing the listener in it’s individual world — while simultaneously connecting to a larger woven fabric of sound. Though Hug of Thunder isn’t officially released until the 7th, you can stream the album in full here thanks to our friends at NPR.

Track, “Protest Song,” is a spunky, upbeat declaration that builds into a wildly fun mouthful of a chant. “Stay Happy” is an amalgamation of all kinds of everything — transitioning from slinky elevator music to an electro hyper-drive of whirlwind, heavy guitars. “Vanity Pail Kids” then kicks in with dramatic eighties tones via a deep, thumping beat and a bursting, rising chorus.

Feist-featured title track, “Hug of Thunder,” along with the sparse, “Please Take Me With You,” take a turn by thriving on more minimalist cues, while ending track, “Mouth Guards of the Apocalypse,” resounds as a hopeful, distorted rock anthem. Similar to 30 Seconds to Mars’ This is War collection, it rolls the album out in Rocky-esque, inspirational trumpet send-off fashion.

Stream the entire album here via NPR, and watch a live performance of “Stay Happy” from KCRW below. Then, check out info on tickets for their October 3rd show at The Fillmore over at the XPN Concert Calendar.