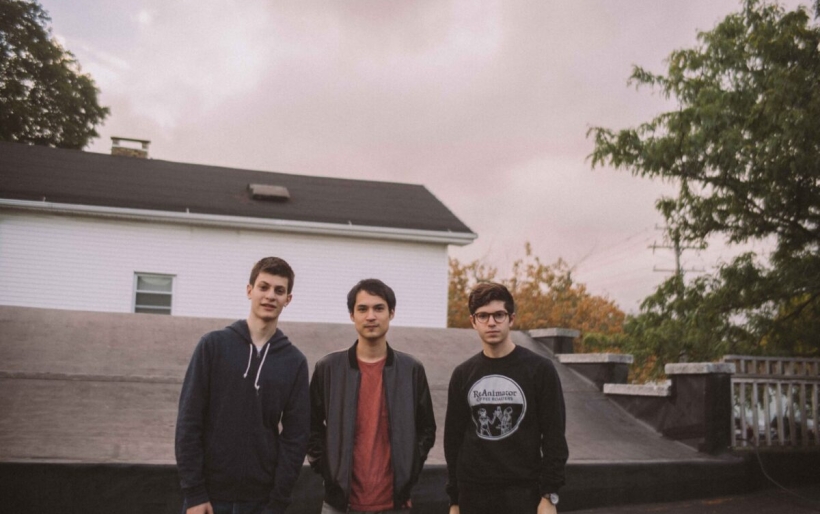 Philly, meet Vern Matz — a fairly new three-piece hailing from Yale University (which also includes The Key’s own Noah Silvestry, on drums.) Described as “the lovechild of a philosophy major, an investment banker, and a boy with a David Foster Wallace tattoo,” these boys recently recorded their self-titled debut EP at Fishtown’s Miner Street Recordings, which will be released this January. Before then, you can listen to their first single from the EP, “Trampolines,” below.

With the track’s initial opening, sparse strums and lyrics longing for the (really not-so-long-ago) years of childhood might pull on a reflexive urge to prematurely label this song as another sad college bedroom ballad. Please fight that possible presumptuous urge.

Because following the pretty, easy-on-the-ears introduction, it’s soon realized that this opening is just the gentle laying of pieces for the mature and meditative music to follow; where an internal existential dialogue is portrayed via purposeful, changing soundscapes.

Speaking on “Trampolines,” the band states,

“At its core, ‘Trampolines’ is a nostalgic piece that yearns for something that never really existed. It’s like driving through a suburban town and feeling a longing for a time and place that you never experienced. You know you can’t have it, you never did — it’s just this feeling of reaching out.”

Singing “Yesterday we were kids, we didn’t know at all,” vocalist Danny Belgrad evokes romanticism of the past and yearning for the blissful ignorance of childhood. When distractions of the past fade away though, thoughts of the right here and now creep in, which is played out by a beautiful piano solo flowing into utter chaos.

Talking with The 405 about this sonic shift into industrial cacophony, the band says that, “For all the noise and somberness though, there’s a lot of hope about things getting better.” Despite being masked under piles of grimy crunchiness, this hopeful sound rings through the piano’s unfailing purity, which in the end, remains untouched even through crashing, doubt-ridden introspection.

Stream “Trampolines” below, and if you happen to be a Princeton student, Vern Matz is playing a late show tonight with Philly friends Caracara and Carroll at Terrace F. Club; details here.