Scranton PA is more than just the fictional home of The Office. It’s also the non-fictional home to the beautiful Montage Mountain, where the Allman Brothers Band-inspired Peach Music Festival has been jamming for seven years now. Today, the festival revealed their lineup which features headliners Phil Lesh and the Terrapin Family Band, Gov’t Mule (playing two sets,) and Joe Russo’s Almost Dead.

Check out the rest of the bill below, and stay tuned for even more artist announcements to come. Early bird tickets are on sale now, which you can find here. 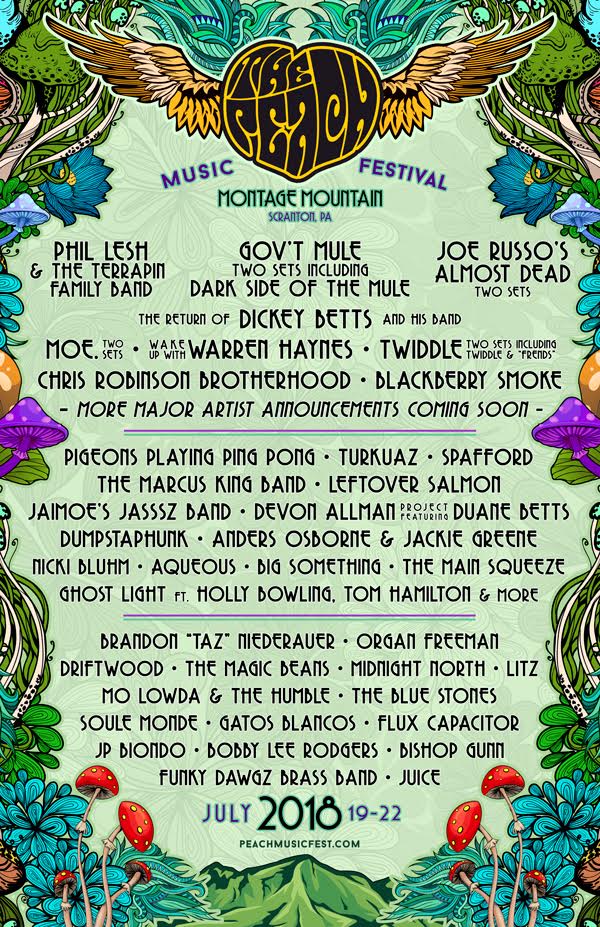