NonCOMM Recap: Phoebe Bridgers provides an oasis of calm amongst the storm - WXPN 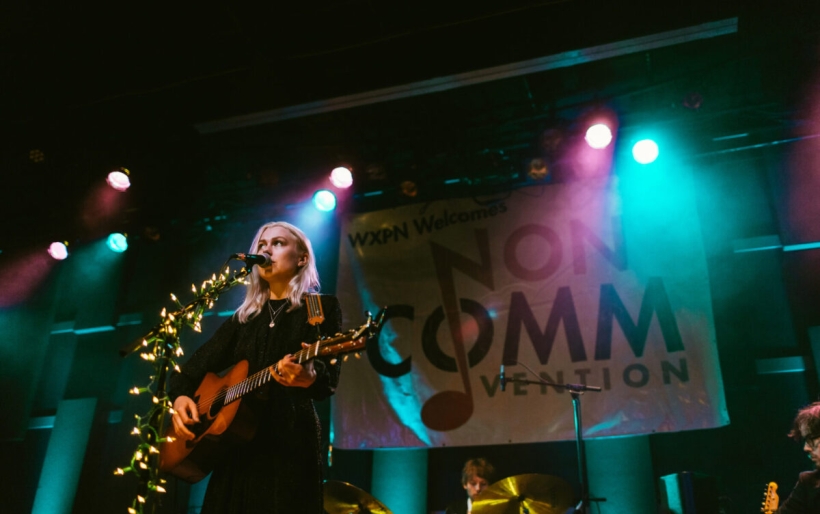 NonCOMM Recap: Phoebe Bridgers provides an oasis of calm amongst the storm

Watching Phoebe Bridgers‘ set today was the most delightful form of deva vu. Having the pleasure of seeing her at this exact stage just a few months back, I actually forgot for one moment that I was at NonCOMM. This was not just a set in the schedule of many, it was a Phoebe Bridgers concert.

Though the hustle and bustle of the exciting NonCOMM festivities can sometimes set an overcast of foreboding hurriedness, Bridgers and crew were not the least bit affected. With the clock ticking away on the tight thirty minute schedule, time seemed to slow down as Bridgers allowed the songs to be what they are: slow and building, weary and atmospheric, sad folk ballads.

Matching the mood of the ominous weather looming outdoors, opening song “Smoke Signals” began to quiet the stormy chaos of the day as Bridgers’ simultaneously hushed and commanding voice washed over the crowd. Following with other tracks from last year’s Stranger in the Alps, along with a cover of Tom Petty’s “It’ll All Work Out,” Phoebe Bridgers’ set was a treasured oasis of calm.

Check out photos from the set below, and don’t miss Phoebe Bridgers at XPoNential Fest this July. 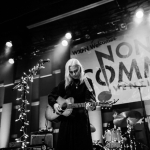 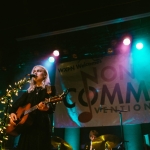