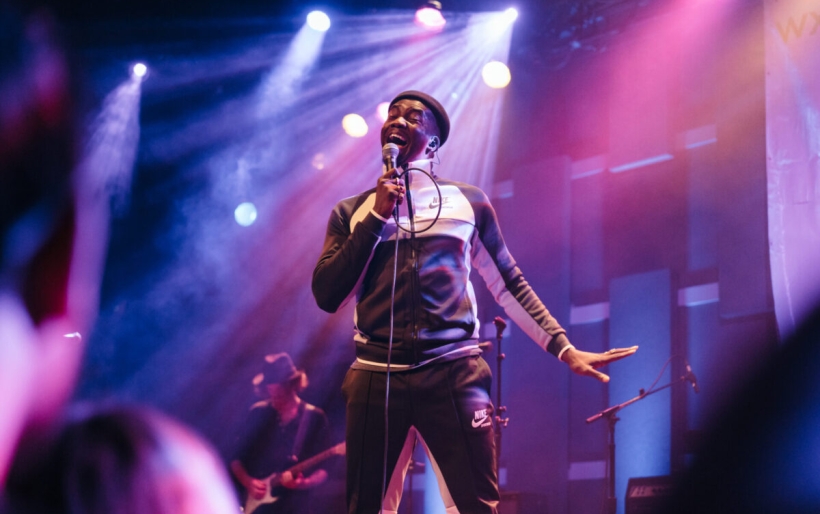 Jacob Banks rarely opens his eyes when he sings. He shuts them tight as he stands still; his sneaker-clad right foot poised slightly forward in prime defensive stance, while his sometimes fluid, sometimes erratic hand movements betray a small glimpse into the world he sees behind his eyelids.

That, as well as his booming, gravelly voice, of course. Etched and jagged, with persevering undertones of hope, Banks’ vocals welcome an intense vulnerability where burdens of pain and truth are laid bare — a kind of beautiful transparency that instantly fills you with an understanding that Jacob Banks was meant to be an artist.

This soulfulness was felt immediately as Banks began the performance with verses of “Wade in the Water,” before he and his excellent backing band joined more powerfully into The Boy Who Cried Freedom track, “Mercy,” and introduced the sounds of R’n’B, hip-hop, heavy rock, and blues that would effortlessly fuse throughout the set.

Crossing into a cover of A Great Big World’s hit track, “Say Something,” I was frankly not prepared for the striking tear-jerker that ensued with blaring honesty. Threatening to break out the entire venue in sobs once more with track, “Unknown (To You)” Banks and crew closed out with the hypnotic 2017 track, “Chainsmoking.”

Stay tuned for Jacob Banks’ new album, Village, which will be released later this year and check out photos from the set below. 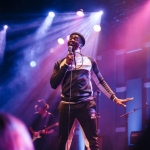