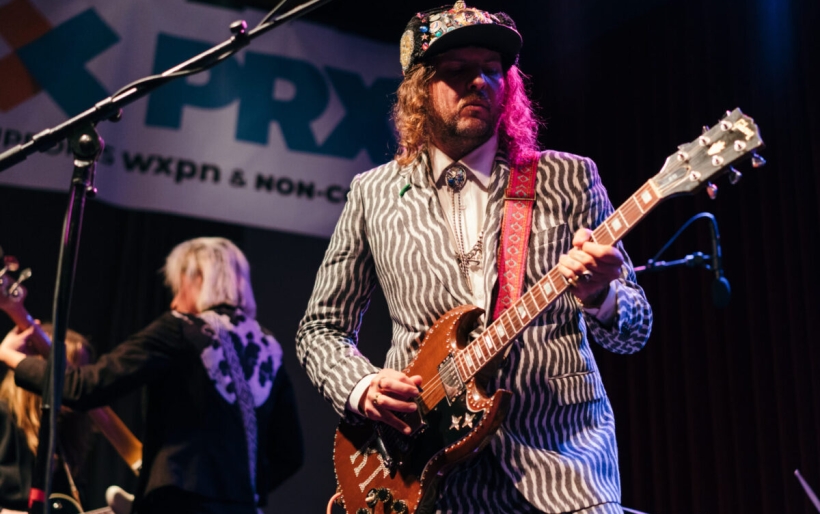 NonCOMM Recap: King Tuff transports crowd to the cosmos with a space horn

“Anybody know what this is?” asked Kyle Thomas, the colorful frontman of King Tuff, as he raised a peculiar cylinder device in his hand. He looked side to side, faced the crowd, and deadpanned: “It’s called the space horn.”

And with that, the wonderfully strange cosmic flute beamed the last bit of the crowd into Thomas’ zany, trippy, mystical outer space universe as “Neverending Sunshine” began to play. Although, with opening tracks like the saucy video game odyssey, “Raindrop Blue,” the laid-back and sunny daydream, “Thru the Cracks,” and the funky disco jam, “Psycho Star,” the packed upstairs PRX stage audience was already by that point pretty fairly transported to another world.

It’s ironic then, that it’s through these out-of-this-world, groovy, dance tunes, that King Tuff makes observations on the simple and strange nature of life on this very planet. On “Psycho Star,” in particular, Thomas wrestled with existence to a funky beat. “Looking out my window,” he sang, “there’s no doubt it. We don’t belong in this world, it’d be better off without us.”

With the world going how it’s going, let’s hope that King Tuff and his space horn will transport us away again and again.

You can catch King Tuff again this Saturday at First Unitarian Church. Get tickets to the gig here, and check out photos and audio from tonight’s performance below. 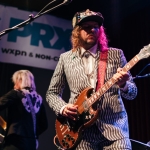