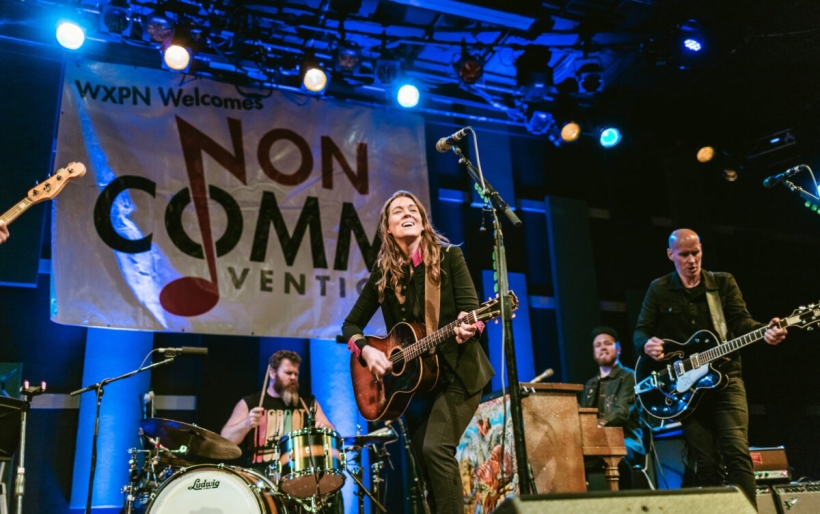 Family, home, love, and forgiveness. These are the virtues interwoven in every powerful note of Brandi Carlile‘s music.

“I feel like it’s important to talk about my family in any format I can,” shared a beaming Carlile midway through her packed Free At Noon performance. Already having left the audience in awe after opening acapella-style with “The Eye” aside integral members, Phil and Tim Hanseroth, as well as shattering hatred with the shining 2018 powerhouse anthem, “The Joke,” — which ushered in a string section and backing band — Carlile took the time to acknowledge her love for her wife of almost six years, Catherine Shepherd, her four-year old daughter, Evangeline, and her new eight-week old daughter, Elijah.

Though all of her songs follow a centrality of family, the song Carlile would sing next, “Mother,” most explicitly details the multi-faceted, personal trials and tribulations that come with beginning a new family as a parent, and the “shame spiral” that she experienced when it took longer than she expected (and/or was told prior) to truly and deeply welcome motherhood.

Mentioning that the subject of the song was hanging out side stage, Carlile called out for her daughter, Evangeline, to join her. Met with a sea of “awhs” Carlile held her little “buddy” up to the mic for an adorable greeting to Philadelphia.

Amping up the tone next with a guitar-heavy cover of Elton John’s “Madman Across the Water,” Carlile then returned to her personal familial roots by taking to the piano for the honest album-closer ballad, “Party Of One.” Describing the song as the musical result of “fighting very severely with a spouse and then listening to Joni Mitchell drunk all night,” the beautiful string section played on as each member slowly bowed and walked side stage to look on together — Carlile holding her daughter — as the final notes faded away.

Check out photos and an audio archive from today’s set below. 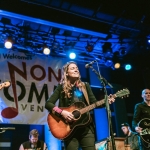 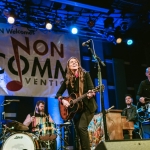