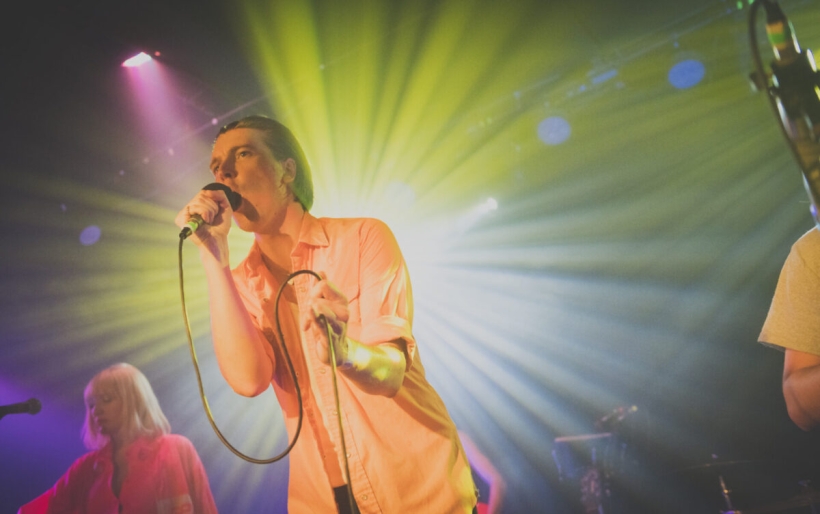 I had no idea what to expect from an Alex Cameron live show. His Forced Witness one of my favorite albums of 2017, a catchy-as-hell collection of retro-pop perfection that weaves its way in before revealing its dark and sleazy lyrical content. And then there are layers beneath those layers. I was told is was a persona, something very different from the Sydney-based Cameron’s earlier musical career in a relatively straightforward electronic act called Seekae.

If it’s a persona, he wears it well. Claiming to portray the character of a failed straight white guy, a collective of real people and real stories, Cameron shuffles around the stage exuding confidence and blaring out lines like “yeah she’s seen me naked, she knows I’m packing heat” in the most harmless of ways. He brought a full band to the packed Underground Arts show, with his “dear friend and business partner” sax player Roy Molloy on his left at all times. Molloy stood out not only for his soaring sax, which is often front and center in Cameron’s songs, but also as his sits bemused on his stool, peering out into the crowd with only the subtlest expression, waiting for the next sax interlude. The crowd continually chanted “Roy” between songs, causing a noticeable warm flinch. The band was solid, with great interpretations of the Forced Witness witness material peppered with a few tracks from his debut, Jumping the Shark. Keyboardist and backing vocalist Holiday Sidewinder did a sublime job on the duet, “Stranger’s Kiss” (sung by Angel Olsen on Forced Witness). “Candy May,” “Studmuffin96,” “The Chihuahua” and “Marlon Brando” were the highlights for me.

Cameron also wins for the funniest tour t-shirt. A knock-off of a classic corporate t-shirt with “Cameron, Molloy And Associates”…you really have to have been there to get the joke. It’s like instead of writing a concept album Cameron decided to turn his entire career into a concept. And based on the reaction he got in Philly last night, it’s working.

I’d be remiss if I didn’t note the rousing opening set by Jackie Cohen. It built from a simple pop-folk dirge in a rousing guitar and drum explosion that left the crowd hollering for an encore. They are just kicking off with an EP of material but I expect to hear more from them. 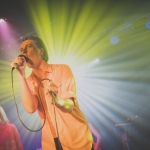