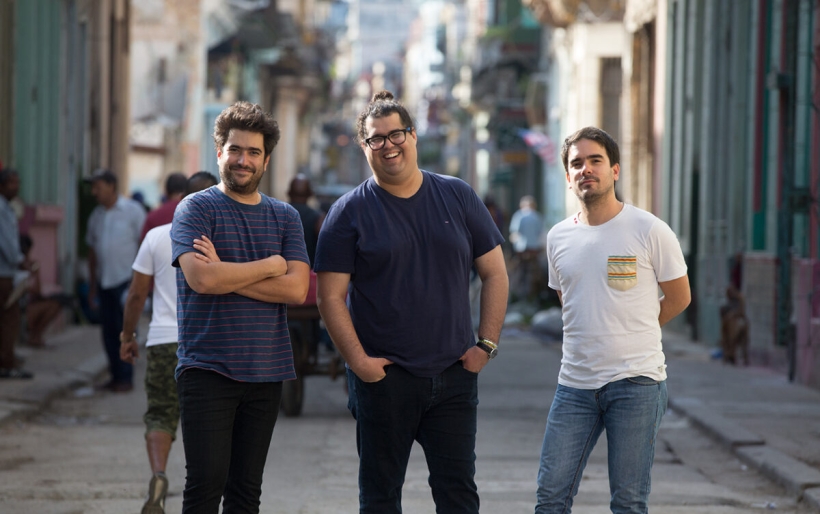 Ars Nova Workshop’s inaugural October Revolution of Jazz & Contemporary Music was undoubtedly the highlight of last year’s Philly jazz calendar, and the follow-up is shaping up to be equally awe-inspiring. More than an avant-garde jazz festival, the October Revolution aims to be a survey of the history and the current moment in disruptive music-making, taking the pulse of contemporary jazz innovation while looking back at great artists who’ve made a habit of never looking back.

A day before the festival gets underway, Jazz Bridge kicks off its annual neighborhood concert series, which brings great Philly musicians to audiences outside Center City at venues in Cheltenham, Collingswood and Roxborough. At Cheltenham Center for the Arts on Wednesday, local sax legend Bootsie Barnes pays tribute to another soulful powerhouse tenor, the great Hank Mobley. The month’s offerings continue with vocalist Michelle Lordi at the Collingswood Community Senior Center in Jersey on Thursday and Brazilian group Minas at the Ridge Avenue United Methodist Church on Oct. 17. The series continues monthly through May. [TIX + INFO]

For exploration of a more interior nature, duck out of the festival for an evening and head over to the Philadelphia Museum of Art on Friday to see British-born vocalist Tessa Souter. Her Picture in Black and White represents something of a sonic family tree, inspired by her discovery at age 28 that her birth father was black and Trinidadian, not Spanish and white as she’d been raised to believe. Always a singer with a dramatist’s flair for embodying a lyric and an attraction to adventurous settings, Souter’s autobiographical new album hints at what might happen if 23andMe returned playlists with their results. Tracing her roots through the Africa, Andalusia and Celtic Britain, she returns with an eclectic collection that ranges from Kenyan song to Ornette Coleman to a U2 hit, transforming each with an intelligent ear for sincere globalism. [TIX + INFO]

Another temptation away from the fest will be the latest visit by one of the few true marquee names in modern jazz, guitar wizard Pat Metheny. He’ll be at the Merriam Theater on Friday night with his latest quartet, featuring regular drummer (and soundtrack composer) Antonio Sanchez, bassist Linda May Han Oh, and pianist Gwilym Simcock. [TIX + INFO]

Pianist Harold López-Nussa holds dual citizenship in Cuba and France, but recorded his new album, Un Día Cualquiera, in the U.S. The hybridity in music is an acknowledgment of the two-way flow of inspiration between the two countries that is so central to the history jazz, as well as a defiance of the clamp-down on relations reimposed by the Trump administration following the loosening of restrictions under President Obama. Recorded with the pianist’s longtime trio featuring his brother Ruy Adrián López-Nussa on percussion and bassist Gaston Joya, the album melds Cuban roots and modern jazz harmonies along with the elegance of classical composition. The trio’s unabashed beauty should feel at home in the colorful surroundings of Longwood Gardens, where they’ll play on Friday. [TIX + INFO]

Ralph Peterson is not the kind of drummer – or, more importantly, human being – to let a little thing like cancer keep him down. The powerhouse percussionist, who emerged as a member of the Young Lions contingent in the 80s and has since taken on an Art Blakey-like mantle of spurring younger sidemen into greatness, recently beat the Big C for the second time. And he’s come back strong with two new albums due this fall: a Blakey tribute with his GenNext Big Band and another live outing with his all-star band Aggregate Prime. At Matt Yaple’s @exuberance on Oct. 25 he’ll lead yet another band, the third incarnation of his Triangular trio featuring rhythm section siblings Zaccai and Luques Curtis. Contact Matt for an invite. [RSVP]

Bassist Alex Claffy has long mixed and matched his own blend of eclectic influences, starting from his early days in Philly, mentored by the likes of Orrin Evans and Mike Boone, and continuing with his soul-jazz band Claffy. On What Are You Doing the Rest of Your Life? he answers the titular question with a collection of classic standards reimagined through his own contemporary lens. Along for the ride is an all-star band including pianist David Kikoski and fellow ex-Philadelphian Kurt Rosenwinkel on guitar, both of whom will join Claffy for his CD-release weekend (and homecoming) at Chris’ Jazz Café on Oct. 27-28. [TIX + INFO]

The latest season of Saturday Night Live just started, which means that viewers have the opportunity to catch glimpses of Steve Turre and his impressive goatee every weekend as they have for more than 30 years. But fortunately we’re close enough to (live from) New York that Turre can steal away after a show night and pop into South for a couple of sets, as he will on Oct. 28. The master trombonist’s latest, The Very Thought of You, is his first all-ballad outing, showcasing the subtlety and nuance of his playing on an instrument not usually renowned for either. Chances are the moods at South will be more varied, and as always he’ll drag out his collection of musical conch shells for a touch of Lord of the Flies swing. [TIX + INFO]

Whether the hypnotic sounds of 75 Dollar Bill belong on a list of “jazz” shows kinda depends on how opened your mind is – and a 75 Dollar Bill show is a pretty good way to crack it a little further ajar. The duo of percussionist Rick Brown and guitarist Che Chen, along with whoever else they draw into their immersive web, certainly draws from the spontaneous invention of forward-looking jazz, though it’s stewed into a haze of psychedelia, African modalism and trance mesmerism pierced through with a serrated edge of No Wave attitude. For this Fire Museum-presented show, the line-up will double with the addition of multi-instrumentalist Sue Garner and violinist Talice Lee. The bill, at Vox Populi on Oct. 28, will also feature the percussion trio Meridian. [TIX + INFO]