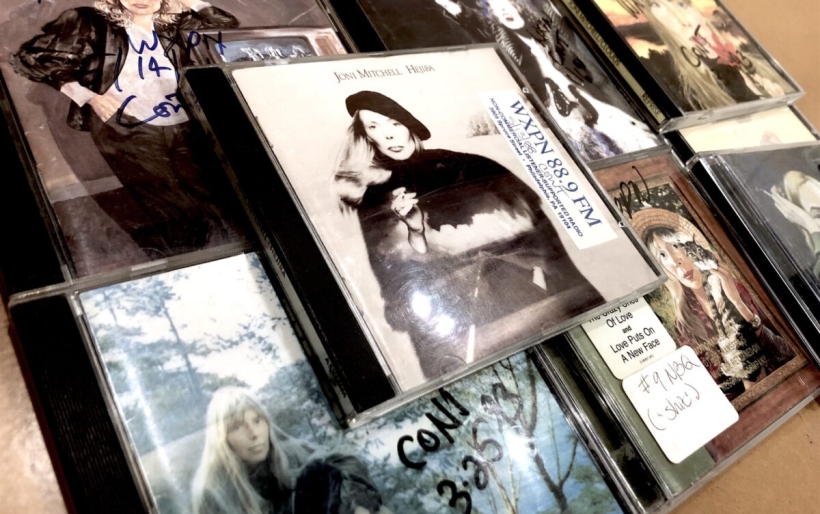 Listen to 75 essential Joni Mitchell songs for her 75th birthday

By John Vettese
November 06, 2018
11:11 AM
Share
Just some of the Joni Mitchell discography from XPN’s CD library | photo by John Vettese for WXPN

No one sings the range of human emotion, from hope to heartbreak, quite like Joni Mitchell. The matriarch of singer-songwriters turns 75 today, and she spent 40 of those years as a recording and performing artist whose style spanned folk classics like “Circle Game” to the the piano catharsis of “A Case Of You,” the Burundi rhythms of “The Jungle Line” to the jazzy explorations of “Hejira.”

Mitchell’s voice rings with bell-like clarity as much as warm and genuine humanity, and her guitar prowess was unparalleled in her Southern California folk scene of the late 60s — from deft fingerpicking skill, to deep knowledge of alternate tunings and ways they could make her six strings even more of an instrument of emotional connectivity. In her later work on albums like 2000’s orchestral Both Sides Now and 2007’s Shine, which she released as a response to the Iraq war, she eased into an elegant, wizened role, coming across as an experienced, reflective voice one might hear at the mic in the best cocktail lounge in the world.

Lyrically, Mitchell is a meticulous observer, a detail-oriented narrator, one who is not content to take a reactionary countercultural stance in the way that so many songwriters of her generation did, but instead look at culture as a whole and convey the honest personal feelings felt when one bears witness to unrest and injustice, as well as discord and discontent — to say nothing of the gutting personal lows unpacked on her masterpiece, 1971’s Blue. In that record alone, and her work at large, Mitchell was open and vulnerable generations before mental health and vulnerability became buzzwords in the music sphere.

Today, we celebrate the work of this masterful vocalist and songwriter, this poet, this icon to anybody who ever picked up a guitar as a means of shedding pain or sharing optimism. For Joni Mitchell’s 75th birthday, listen to 75 essential songs from her catalog.