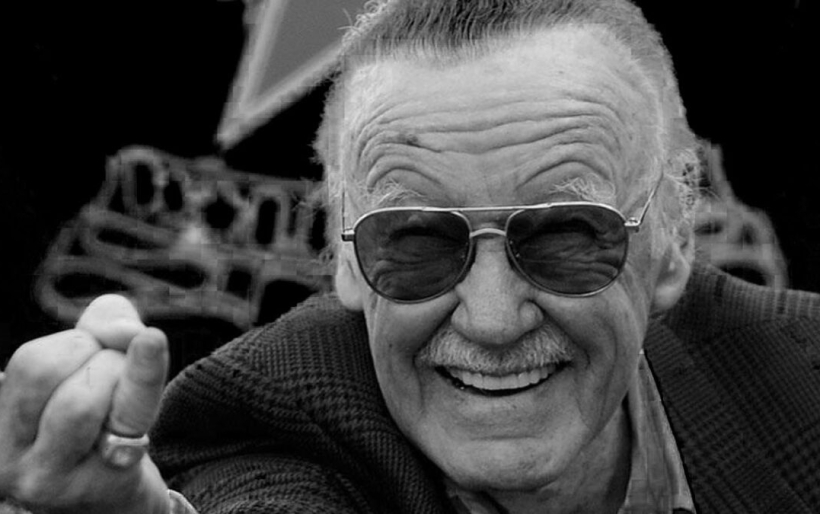 Embed from Getty Images
On Monday morning in Los Angeles, Stan Lee was rushed from his home by ambulance, where he would later be pronounced dead at 95 years old.

The co-founder of Marvel Comics, Lee (along with his collaborators Jack Kirby and Steve Ditko) created a number of beloved characters such as Spiderman, Thor, The Incredible Hulk, The X-Men, The Avengers and more, leaving behind an indelible mark on the pop cultural landscape. These characters and the stories told through them were more than just a means of escape, they were in many ways, a moral and sociopolitical reflection of our world that challenged us to make it better.

In the wake of a worldwide outpouring of grief and gratitude expressed for Lee, we asked members of our city’s music community to share their thoughts on a man whose vision expanded the limits of our collective imagination.

Stan Lee was and still is a major influence on my life as a young kid to my adult life…Come on, who didn’t like Spiderman & the Hulk??? I am so glad and honored that I was able to get him to sign a book to me. I am glad that he had a chance to see and be a part of his legacy be displayed in these Marvel movies…Salute Excelsior!! — DJ Cash Money

I wasn’t a huge superhero type comic book head growing up, but I’ve always been fascinated by Stan Lee as a creator. For starters, I’ve always admired the kind of no-nonsense “sit down and do it” work ethic he has extolled when it comes to writing. But, truly there are very few people who could say they’ve had the kind of singular impact that Mr. Lee had on global culture with his modern mythologies. There’s always been a strong connection between rap music and comic book culture and a lot of Stan Lee’s universe came into my consciousness that way. — Raj Haldar aka Lushlife

Spidey was the first superhero cartoon that I got addicted to. I still remember the theme music vividly. Kinda illustrates (pun intended) how wide-reaching his characters were. Mad kids around me were equally spellbound. — Oluwafemi (Worldtown Soundsystem)

My dad was a huge comic book fan.  He taught me all about Stan Lee and Jack Kirby. As an artist, I learned to draw by tracing and imitating the characters that he envisioned.  His characters always had a level of universal relatability. You could easily see yourself and the issues of the world in his stories. — Lil’ Dave (Illvibe/Eavesdrop Radio)

I can say that comics’ sociopolitical nature has always been inherent. Stan was instrumental in helping to shape this, mostly by allowing his writers and artists space for creating dialog. He didn’t want to shy away from real-world stakes and embraced issue-driven storytelling, and the impact was powerful. He could have done a lot more for racial and gender equality though: Marvel Comics were coming into their own as Black visibility and empowerment was, despite helping to shape Black Panther, he could have done a lot more (they were actually gonna change BPs name because of the connotations to the political group!)

Comics still struggles with its politics, but people are now taking what folks like Stan Lee and Jack Kirby started and making it their own. While those guys made metaphors for oppressed people in the form of X-Men and Spiderman, folks from marginalized communities and our allies are taking the reigns and actively drawing, writing and creating characters that better reflect us. As much as Lee did for the art, and I am one of the people who can generally forgive his flaws, I still think he dropped the ball by not hiring nonwhite, not hiring women, not writing and drawing more progressively designed POC and women characters. Lee’s history and comics history, in general, is complicated and weird and beautiful and political, just like the comics themselves. — Alex Smith (Solarized/Metropolarity)

“With Great Power comes Great Responsibility.” Although Stan Lee didn’t say that himself, the impact of the Spider-Man movies from early 2000’s spoke to me the most. I always wanted to be bitten by a radioactive spider and fight off the bullies and wrongdoers. — Nu Ra Ab Akhu (Camp Candle)

The X-Men taught me that being different is a gift, a superpower, a talent. What we choose to do with that is the difference between heroes and villains. — Hetepsa (Camp Candle)

Since the first day my son jumped from the fourth step and landed one knee down, fingers spread like a piano, I knew heroes mattered. Stan Lee has provided a timeless body of work filled with quality storytelling and inclusion. I’m grateful for his gift. — Aja Graydon Dantzler (Kindred The Family Soul)

And now some words from the man himself…