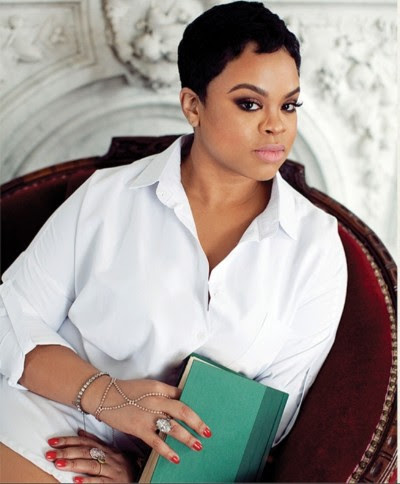 Another hectic year is coming to a close, which for those of us who spend our time ingesting music and trying to string words together in response means that it’s list-making time. You can seek out my Top 5, and expanded / slightly different lists elsewhere, a little later this month. But a few quick mentions of some albums that shouldn’t go unnoticed this year: the ambitious trumpeter/composer Ambrose Akinmusire has crafted an utterly singular hybrid of diverse influences on his staggering Origami Harvet (Blue Note), while the great guitarist Bill Frisell released a heartrendingly gorgeous career highlight with Music IS. If I can stray from the jazz fold for a moment, I also spent a lot of time this year with Philly choir The Crossing’s monumental new album If There Were Water (Innova), highlighted by Stratis Minakakais’ ancient-meets-unexplored “Crossings Cycle,” with Ryley Walker’s mesmerizing Deafman Glance (Dead Oceans), and with Revocation’s blistering The Outer Ones (Metal Blade), which unleashed my inner Beavis with each listen.

This is, of course, the season of giving, so what better way to start the month than by giving back to one of the most consistently intriguing presenters in the city? Fire Museum recently returned from a brief hiatus with a packed calendar that has more than made up for the downtime, but that fallow period served as a reminder of how much more boring the city’s music calendar is without them. Case in point: Saturday’s benefit concert at Vox Populi featuring projected paper-cut artist Erik Ruin’s Ominous Cloud Ensemble, Carnatic violinist Swetha Narasimhan and the Philadelphia Women’s Slavic Ensemble – a stunningly wide-ranging bill even if you didn’t add the fact that padding Fire Museum’s coffers will allow you to finish out the year feeling better about yourself and the future of experimental music in Philly. [TICKETS / INFO]

The same night, you could also carry that celebratory spirit across town to South, where you can help congratulate Laurin Talese. The singer was just awarded first prize at this year’s prestigious Sarah Vaughan Vocal Competition, where she joins the ranks of well-known past winners like Cyrille Aimée and Jazzmeia Horn. It’s a well-deserved honor for a gifted vocalist who combines the groove of Philly’s neo-soul scene with jazz chops learned from deep listening to the likes of Sassy herself. [TICKETS / INFO]

A few nights later across the bridge, you can double up on the holiday cheer while continuing to give. Philly tenor legend Odean Pope will help Jazz Bridge, which uses these shows to raise funds for musicians in crisis, close out the year at the Collingswood Community Center on Dec. 6. Pope recently celebrated his 80th birthday by reconvening the massed sounds of his Saxophone Choir at the Blue Note in New York, but this week’s show will be a more intimate affair that will give his hometown crowd the opportunity to celebrate the saxophonist’s storied life. [TICKETS / INFO]

Having spread those glad tidings, I hesitate to spoil anyone’s season by even mentioning it, but the great Charles Lloyd’s show at the Clef Club on Dec. 18 is already sold out. So it’s too late if you haven’t grabbed tix to see the always-searching tenor great, who’ll be leading a stellar quintet with pianist Michael Wierba, guitarist Marvin Sewell, bassist Reuben Rogers and drummer Marcus Gilmore – a band that seems uniquely positioned to follow him from his most adventurous excursions back to his blues-drenched Memphis roots. There’s still room to join the Clef Club Community Big Band on Dec. 15, though. The ensemble was founded nearly 20 years ago and has built a deep repertoire since, and will be fronted for the occasion by Philly singer Ella Gahnt. [TICKETS / INFO]

Pianist Sumi Tonooka recently returned to her native Philly after several years in the Pacific Northwest and is now bringing some friends to town for a gift exchange with local audiences. At the invite-only @exuberance (check in here for an invite), Tonooka’s collective quintet Alchemy Sound Project will present the world premiere of saxophonist/composer Erica Lindsay’s new piece “Meditations on Transformation” on Dec. 10. The Chamber Music America-commissioned piece supplements the band – which, in addition to Lindsay and Tonooka, features trumpeter Samantha Boshnack, multi-woodwind player Salim Washington, and bassist David Arend – with trombonist Willem De Koch and veteran drummer Victor Lewis. The core ensemble was brought together by the Jazz Composers Orchestra Institute, and features five instrumentalists who are also ambitious composers, penning pieces for the group that meld classical architecture with jazz improvisation. [TICKETS / INFO]

Naturally, it’s a time of the year for homecomings, which means that the calendar is packed with local kids made good. Drum prodigy turned in-demand powerhouse Justin Faulkner will lead a trio at South on Dec. 12, on a rare break from the seemingly tireless touring schedule of the Branford Marsalis Quartet [TICKETS / INFO], while organ master Joey DeFrancesco will play Santa with two nights of “Home for the Holidays” shows there on the 21st and 22nd. Over at Chris’ Jazz Café, Joey D’s former CAPA classmate Kurt Rosenwinkel will set up shop for three nights, from Dec. 27-29, joined by fellow six-string virtuoso Peter Bernstein, while former Tonight Show axeman Kevin Eubanks will join the Orrin Evans Trio for one night on Dec. 22. [TICKETS / INFO]

And coming back around to Fire Museum, they’ll welcome Philly native Jarrett Gilgore back from Baltimore on Dec. 10. The saxophonist will lead a quartet with three current residents – trombonist Dan Blacksberg, bassist Matt Engle, and drummer Chad Taylor – on a bill at Vox Populi with the four-man Frode Gjerstad Trio (something got lost in translation from the Norwegian, apparently), featuring bassist Jon Rune Strøm and Øyvind Storesund and drummer Paal Nilssen-Love. [TICKETS / INFO]