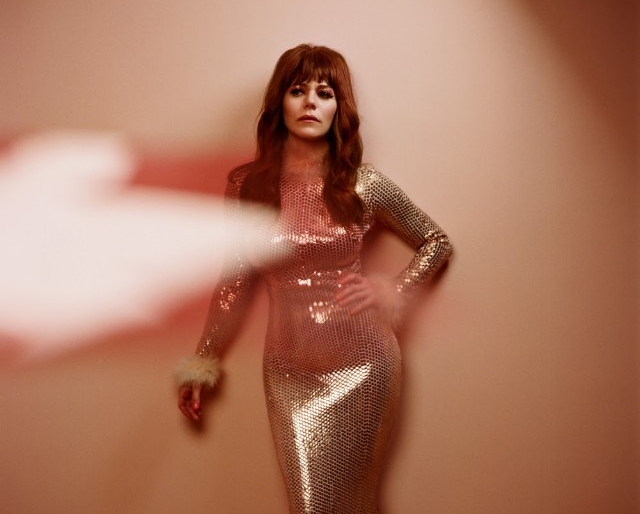 Jenny Lewis | photo by Autumn DeWilde | courtesy of the artist

Jenny Lewis announces new album On The Line, out next spring

Jenny Lewis has been hinting at her new album via social media for a while, and at long last she’s shared some details that, although vague, give us more information than her cryptic Instagram stories.

The Los Angeles-based songwriter and former Rilo Kiley frontwoman will release her fourth solo album next year; called On The Line, it’ll be out sometime in the spring. Guests artists on the album reportedly include Lewis’s frequent collaborator Ryan Adams, plus Beck and Ringo Starr.

Here’s what Lewis tweeted about the new album:

very excited to announce that the new album, “On The Line”, is coming in the spring! plus a new headline tour starting in march! more news to come, so sign up for the mailing list: https://t.co/6QzbWIRGH0pic.twitter.com/4ipQg9U4zu

On The Line will be Jenny Lewis’s first solo release since her excellent 2014 album The Voyager. Lewis will head out on tour in the spring, but no East Coast dates are scheduled. No singles have been released yet, but she has been playing some new songs live and you can see a few YouTube clips below.