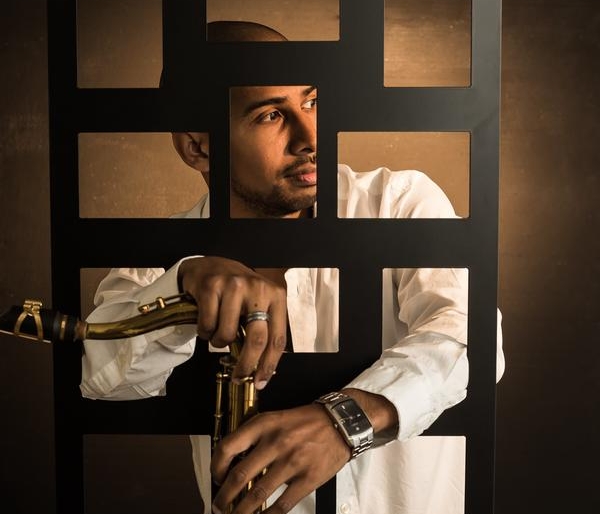 It’s traditional to end the year with an old school big band wistfully reminiscing about forgotten acquaintances. So why not turn the page on a fresh calendar with an ensemble that obliterates that nostalgia kick in favor of rewriting the big band rules?

Philly composer/bandleader John Vanore has been doing that for more than 30 years with his eclectic group Abstract Truth, a streamlined big band that takes a small jazz group as its core and then bolsters that with a vibrant arsenal of horns. Vanore draws inspiration from big band innovators like Thad Jones and Oliver Nelson – paying homage to the latter with his latest all-star album, Stolen Moments – then puts his own unique spin on the lineage, making his Jazz Bridge show at the Collingswood Community Center on Thursday an ideal way to begin a 2019 that will hopefully rewrite the errors of the recent past. [TIX / INFO]

Fire Museum Presents launches its year with a typically beyond-category show: the return to Philadelphia of Czech violinist/vocalist Iva Bittová on Jan. 11, her first show in the city in so long that apparently she can’t even recall the last time. An all-too-rare opportunity, then, to catch Bittová’s singular artistry, especially in a setting as intimate as House Gallery 1816, where she’ll present her captivating blend of experimental techniques and folk traditions, transcendent beauty and eclectic sound art, evoking scrapes and knocks from her violin, chirps and cackles from her voice. Catch this one before it, too, is lost to the mists of time. [TIX / INFO]

For 2018’s list of “Albums You Shouldn’t Overlook,” I wrote about Dan Weiss’ Starebaby, a full-blooded infusion of heavy metal power into aggressive jazz experimentation. Guitarist Alex Skolnick has taken the opposite path in his career. Best known as a founding member of first-generation thrash outfit Testament, Skolnick left the band for a time in the late 90s and studied jazz at the New School in NYC. He’s since rejoined Testament, but continues to lead his own jazz trio, often reinterpreting classics from the heavy metal songbook in bebop form. It’s in that guise that he’s play Sellersville Theater on Jan. 12. [TIX / INFO]

The title of saxophonist/composer Darryl Yokley’s latest album, Pictures at an African Exhibition, pointedly doesn’t specify what kind of an exhibition it’s referring to. The title is vague enough to be interpreted as a gallery of paintings or an anthropological collection, something that could hang in the Philadelphia Museum of Art or the Penn Museum. Ultimately, it’s both; Yokley wrote that album’s 13 compositions with vivid images in mind, but each picture told part of a story that begins with the dawn of humanity in ancient Africa and continues through the slave trade and into the ongoing struggles of African-Americans today. Taking his cue from Modest Mussorgsky’s near-namesake composition, Yokley enlisted an artist friend, British-born painter David Emmanuel Noel, to bring this imaginary exhibit to real canvases. Listeners at @exuberance on Jan. 13, when Yokley will perform, will have to conjure their own illustrations, though Yokley’s music is evocative enough to do most of the work for them. [TIX / INFO]

“The Weather Up There” is a piece that drummer/composer Jeremy Cunningham would surely prefer never to have written. The album-length suite was inspired by the tragic death of Cunningham’s younger brother Andrew, who was killed in a home invasion robbery in 2008. The music that Cunningham created in response is both a multi-faceted examination of the ripple effect of such an act of senseless violence, as well as an impassioned confrontation with the issue of gun control in the U.S. The piece will have its Philly premiere at this Ars Nova Workshop performance at the Boot & Saddle on Jan. 13, with the composer joined by guitarist Jeff Parker, saxophonist Dustin Laurenzi, pianist Mike King and bassist Paul Bryan. [TIX / INFO]

Steve Davis and Steve Wilson have more in common than their given names. Both are undersung masters, proverbial “artist’s artists” whose virtuosity has been recognized more by their peers than by audiences – as evidenced by the considerable breadth of both of their discographies. Trombonist Davis is a veteran of several of jazz’s premiere ensembles: Art Blakey’s Jazz Messengers, Chick Corea’s Origins, the Jackie McLean Sextet, Benny Golson’s New Jazztet, the Christian McBride Big Band, and the all-star collective One For All, to name a few. Saxophonist Wilson’s credits are too numerous to mention, but include recordings with Chick Corea, George Duke, Michael Brecker, Dave Holland, Dianne Reeves, Bill Bruford, Maria Schneider, Joe Henderson, and a who’s who of others. When not working with everyone else under the sun, the two have enjoyed a fruitful collaboration with one another stretching back more than 30 years, one that they’ll continue at Chris’ Jazz Café on Jan. 26 when they’ll share the stage with Philly pianist Tim Brey’s trio for two sure to be swinging sets. [TIX / INFO]