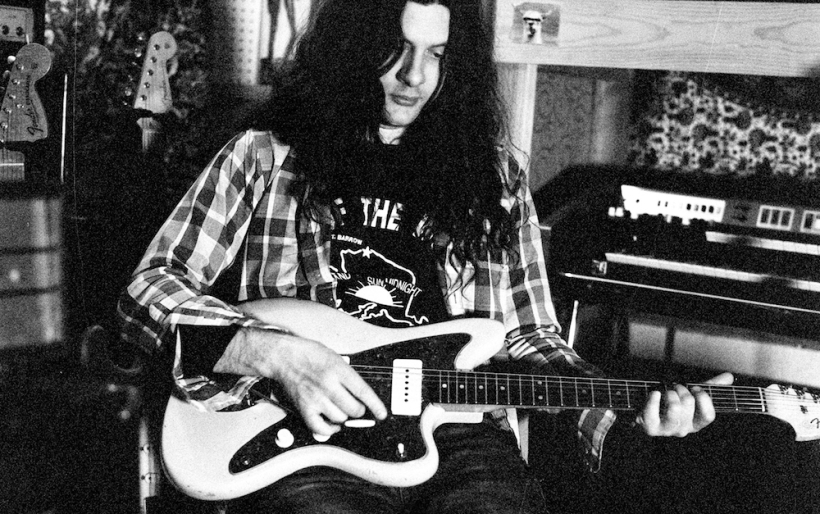 Every day leading up to Valentine’s Day this year, The Key is recapping 14 songs that scream “love” just as strongly as they scream “Philly.” The Essential Love Songs of Philadelphia continues with “Baby’s Arms” from Kurt Vile’s 2010 albumSmoke Ring For My Halo.

It’s hard to imagine Kurt Vile as anything but a goof. He’s the person with a smarmy half-smirk looking at you from out of the album cover of Bottle It In. He pays compliments to the fashion choices of his own reflection in “Pretty Pimpin’.” He wrote an entire song, “Loading Zones,” about how to find free parking in Philadelphia. And the wordplay; Vile is big into wordplay, and at the opening of his 2013 album Wakin’ On A Pretty Daze, he combines his prankster and poet leanings for a lyric that is possibly peak KV: “Risin’ at the crack of dawn / And I gotta think about what wisecracks I’m going to drop along the way.”

Acclaimed guitarist, spectacular vibe-caster, noted smartass — that’s our Kurt. Except for those moments when he’s being unexpectedly, unabashedly, heart-warmingly sincere. The song that opens his pop breakthrough LP, 2011’s Smoke Ring For My Halo, is one such moment.

“Baby’s Arms” is a dreamlike wash of fingerpicked acoustic guitar and atmospheric instrumental elements — reverb-soaked maraca percussion, wandering Fripp-style guitar backings — and it serves as a gentle lead-in to the record where Vile discusses, with candor, the love of his life. Or is it loves?

The opening lyric “There has been but one true love” certainly gives the impression that Vile is singing about his wife, Suzanne Lang. Lyrics later on reinforce this — “I get sick of just about everyone / And I hide in my baby’s arms,” a relatable sentiment not just for anybody in the limelight the way Vile has been for half his adult life, but for anybody who has, like, been out in the world and had to interact with anyone on any level. People suck; take comfort in those who you love.

But think about where Vile was in his life when he wrote this song in 2010; he and Lang had just become parents to their first daughter, Awilda. As he told Vanity Fair last fall, “People said, ‘Pretty soon you’re going to be writing all these dad songs—songs about your kid.’ I said, ‘No, I’m not. That’s bullshit.’…And then she came, and immediately I started writing reflective songs. Because it’s, like, a magic experience.”

Go back and listen again, and notice how the “baby’s arms” and “baby’s hands” lyrics can often work both ways. “I will never ever ever be alone / Cuz it’s all in my baby’s hands” — could be about how the next generation, Awilda’s generation, shapes the future, or it could be about how Lang has been a supportive rock in Vile’s career (another theme that recurs in interviews). How “except for her / There just ain’t nothing to latch onto.”

Or back to that opening (and closing) lyric — “There has been but one true love in my baby’s arms.” It’s the love of partners, as much as it’s the love of seeing your partner hold your child in their arms. It’s the love of a close-knit family, told through clever wordplay, because of course Vile wouldn’t have it any other way.