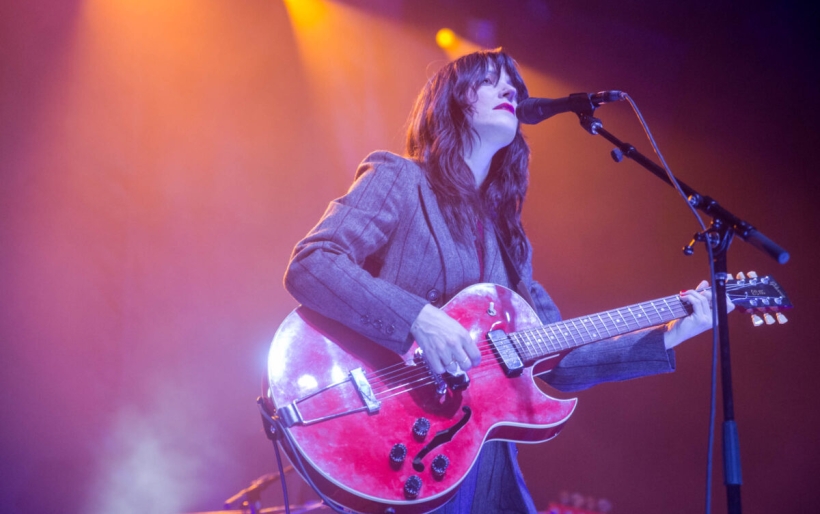 Sharon Van Etten has been performing a cover of Sinéad O’Connor’s “Black Boys On Mopeds” on tour this year, and recently she stopped by SiriusXM to record a live acoustic version of the powerful song. “Black Boys On Mopeds,” from O’Connor’s 1989 album I Do Not Want What I Haven’t Got, was written in response to the 1983 death of Colin Roach, a 21-year old black man who was shot and killed inside a London police station. Though the death was ruled a suicide, the circumstances of the tragedy spurred protests that still feel painfully relevant in today’s world.

In an interview with The Fader, Van Etten talked about how the influence of the past affects her own approach to music. “One of the things that I’m processing is how important the past is, how it affects me, trying to live in the now because any other time brings anxiety,” she said. “You can acknowledge and move on while still being present.”

Sharon Van Etten’s new album Remind Me Tomorrow was released in January, and she headlined Union Transfer shortly thereafter; revisit a recap and photos from that show here.