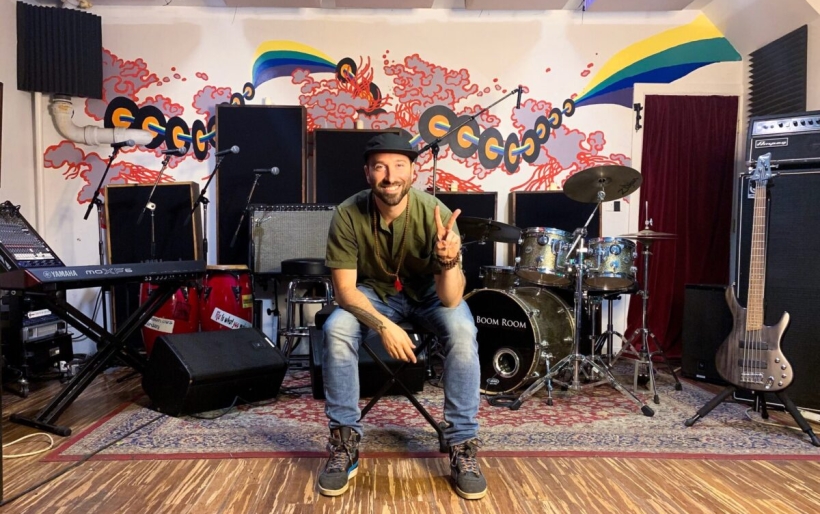 Gary Dann’s journey from the bedroom to the Boom Room

Philadelphia-born musician, engineer and studio owner Gary Dann is a man who wears many hats.

As a drummer, he is a member of the Worldtown Soundsystem, a multi-headed musical juggernaut whose sound ranges from Afrobeat, house, Latin music and beyond. He is also the founder and owner of Boom Room, a beautiful two-level recording studio and rehearsal space located in the city’s Fishtown section. It was in his early teen years that his love of music and penchant for getting things done first began to take root.

“I played drums in different bands since I was 13,” Dann recalls. “My first gig was at a YMCA in the basement of a church when I was 14. When it came time to take an elective in school, I picked a graphic arts class because I found out I could print t-shirts for my band as a class project. After spending my high school time focusing on graphic arts, photography, detention, smoking weed, and playing drums, I attended Philadelphia College of Textiles & Science [now Philadelphia University] majoring in graphic design.

“I was a BAD student,” he says. “I was 18 and not ready to take it seriously. I lasted a year, moved back home, and I attended community college. I didn’t follow a track or a set list of credits. I took fun and enriching classes like yoga, painting, 3D animation, jazz improv for drum set, and web design. While in community college I was holding down a $10 an hour office job at a medical marketing research company. It was through that job that I helped to create an unbelievable opportunity and ended up dropping out of college at 21 to start a medical marketing research company with a 60-year-old lady [who at the time was my boss] and another guy my age.”

A $30,000 bank loan later, Dann and his colleagues set up a phone room with cubicles and computers, hired their friends, and started hustling. “I sacrificed playing music, going to concerts, road trips, seeing friends and family, and a large chunk of my early 20s to sustain the intense level of work stamina that it took to make our startup company as successful as it was…And it was VERY successful.” 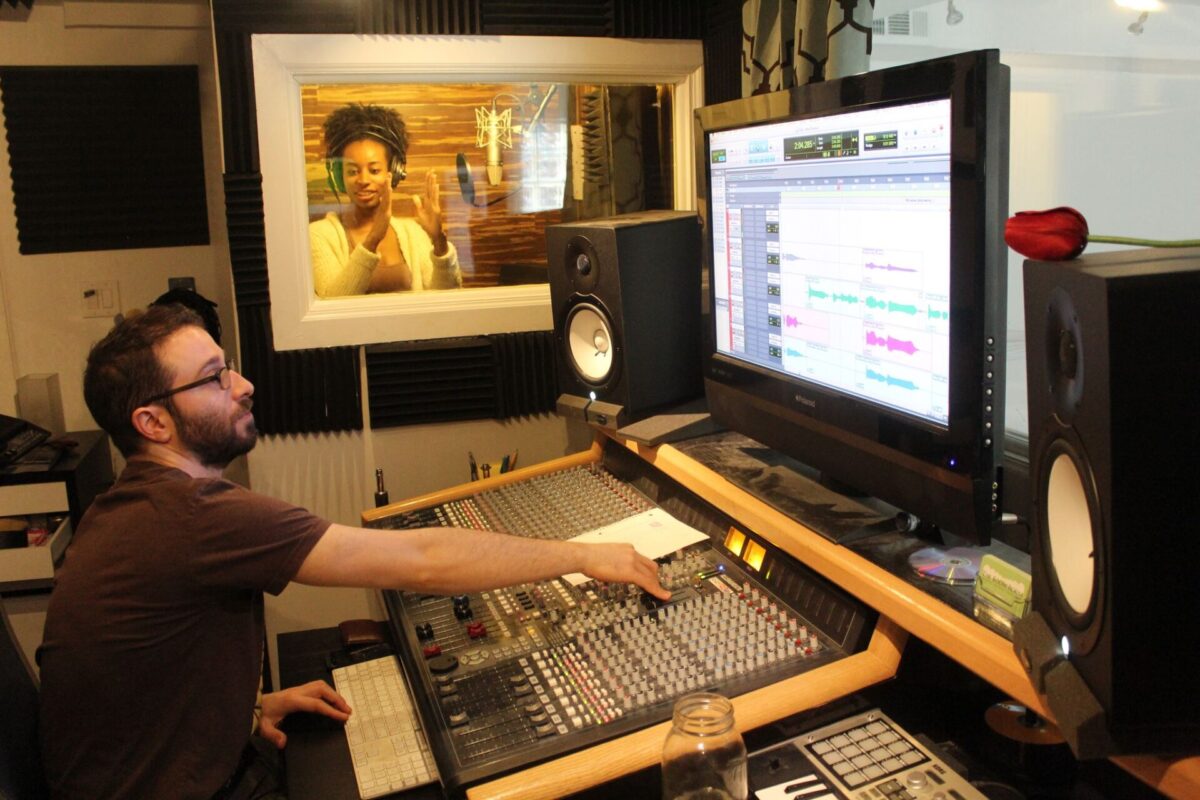 After four years of building his company, the ties of his deeper life passion began tugging at his heart. At that point, Dann decided to part ways with the company that he had built. His partners bought him out and the deal left him with enough capital to fund his dream. After joining a few bands and connecting with other creatives in the Philly music scene, Dann set up a rough home studio in his apartment.

“The closet was the vocal booth, my microphones were cheap, the software was pirated, and studio gear was whack, but I built up my skills as a studio engineer, drummer, music producer, web designer, and videographer.”

Spending his time building up his skills recording and mixing projects for local artists, Dann met Cee Knowledge — aka Doodlebug of the legendary hip-hop group Digable Planets. Establishing a friendship and musical rapport, the two worked on several Cee Knowledge solo projects before Dann got the opportunity to venture out as the drummer for the Digable Planets reunion tour. After three years of touring with Digable Planets on and off, Dann would take the next step down the path of his future career.

“I decided it was time to move out of my little bedroom recording studio and get a commercial facility to record people and to build the next movement,” Dann explains. “I got a mortgage and construction loan and purchased the Fishtown building in October 2010 and after one year of intense construction, The Boom Room was launched as a community center for band rehearsals, parties, recording sessions, workshops, and video shoots.” 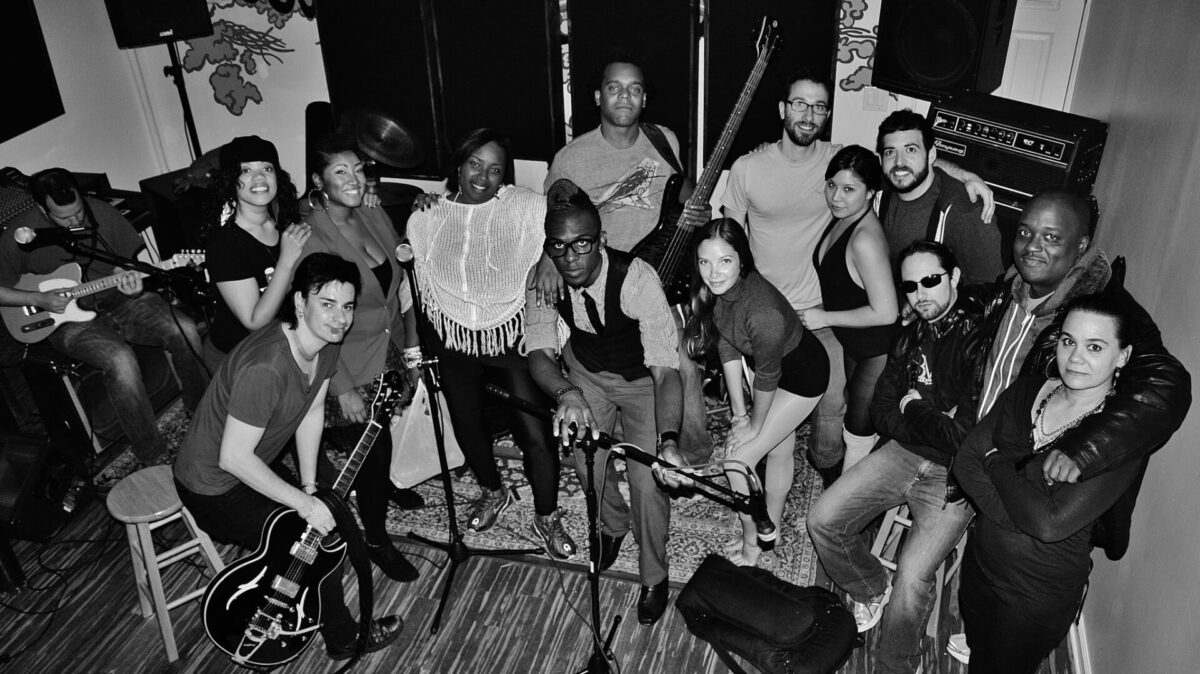 In the years since its founding, The Boom Room has been host to epic events such as The Music Church, a weekly jam / songwriting session, a memorial celebration held on the night that Prince died, as well as live streams where fans can watch legendary artists and locals rehearse and work out material for live performance. Community built, and Dann decided that it would only make sense to further by establishing a referral system for connecting working musicians in the city. It was at this point Dann and The Boom room would launch The Boom Room Gig Network, a resource where musicians across genres can sign up for free, making their services available for anyone seeking to hire them for their particular skill set.

“Being the Boom Room guy, I tend to be a connector,” Dann says. “A hub for people within different networks to meet and connect. I love doing that and I’m very happy to provide that, but it is a bit time consuming for me to think of the people that you need to connect, find their info in my phone in the sea of Facebook text email data and start a group chat introducing people. Instead, now when somebody asks me do I know any guitar players or DJs, I just send them the spreadsheet. That’s it. Pretty simple. Just a signup form and that data goes to a spreadsheet and when somebody needs someone I send them a link to the spreadsheet. I don’t make any money off of it or get anything. It’s just a way for me to more efficiently connect people within my network. Already many gigs have connected through it.” 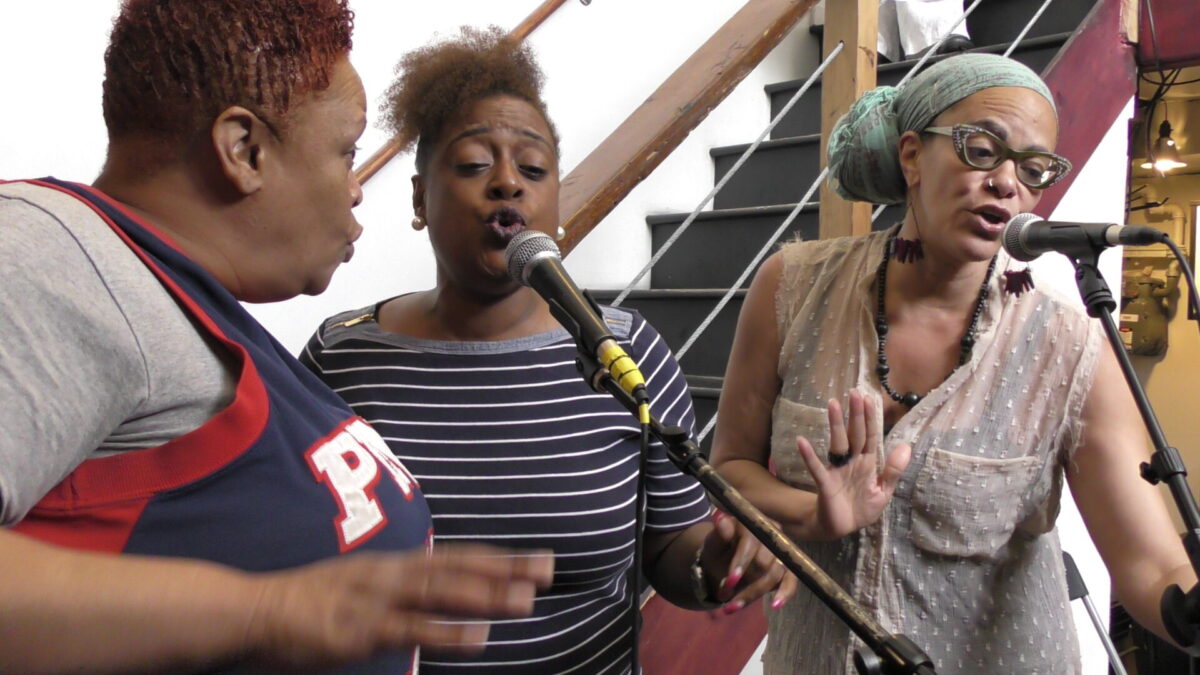 With future plans to “knock down” The Boom Room and rebuild the space into a 5-story, double wide, multi-purpose building capable of housing a music venue on the basement first floor, recording studios on the second and third floors with offices and residencies taking up the fourth and fifth floors, Dann continues to create and do things that may seem a bit unconventional. Completely restructuring the building that he has called home is an ambitious project, but it makes sense.

It is just this type of creative thinking and risk-taking embodies the “do it yourself” ethic that has taken him this far and is the next logical step in the journey of a man whose engine is fueled by passion.