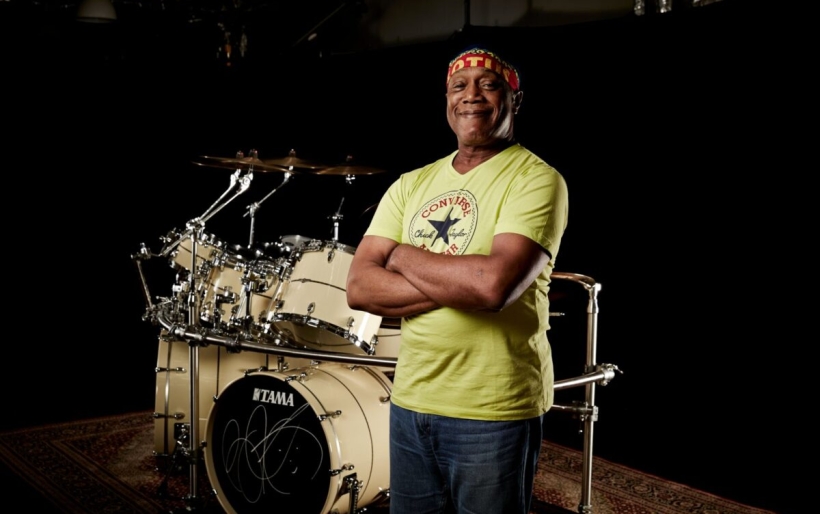 Usually the spotlight here sticks pretty closely to the local area, but this month one of the most exciting events in Philly jazz is happening in New York.

Chicago comes to Philly to kick off the month. On Sept. 1, Windy City sax mainstays Ken Vandermark and Mars Williams will bring their duo project Cinghiale to the city for the first time, with an opening set by improvising guitarist Steve Marquette. Both Vandermark and Williams have been mind-bogglingly prolific for decades, Vandermark with his wealth of projects (Vandermark 5, Made to Break, Resonance Ensembl, Lean Left, on and on) as well as his frequent collaborations with European improvisers; while Williams has popped up in a dizzying variety of circumstances, from the avant-jazz scene to his pioneering acid jazz group Liquid Soul, to tours and recordings with the Psychedelic Furs and The Waitresses (yes, that’s him on the perennial “Christmas Wrapping”). [INFO]

Later in the month, Fire Museum is also presenting a trio led by saxophonist Chris Pitsiokos, who has his own extreme approach to the instrument. The other two-thirds of the trio are equally impressive, but under wraps for now. The event listing has them as “Sue St. Silva” and “Toby Zederberg,” which are pretty telling hints for those familiar with the music. (In either case, should be a blow-out evening whether the names ring a bell or not.) [INFO]

Speaking of Coltrane, the Philadelphia Jazz Project will celebrate what would have been the iconic tenorman’s 83rd birthday a few days early on Sept. 21 with a 10-hour event including a film screening and performances by sax great Billy Harper and local faves including Bobby Zankel, Ella Gahnt, Sam Reed and Julian Pressley, among others. [INFO]

Intimacy is the rule at @exuberance, which would struggle to contain both a big band and an audience in its cozy confines. But while pianist Harold Danko will lead just a quartet when he performs there on Sept. 15 – albeit a fantastic one, with saxophonist Dick Oatts, bassist Mike Boone and drummer Byron Landham – he’ll carry with him the ghosts of some of the music’s all-time greatest big bands. Danko is a veteran of many of them, including the influential Thad Jones/Mel Lewis Orchestra and Woody Herman’s Thundering Herd, along with more scaled-down sessions with legends like Gerry Mulligan, Chet Baker and Lee Konitz. Perhaps its his long tenure at Eastman School of Music, but despite those hefty roots Danko has also managed to stay current, most recently recording duets with the adventurous cornetist Kirk Knuffke. Danko may be the definition of “undersung,” which makes this one not to miss. [INFO]

Drummer Billy Cobham helped lay the foundation for jazz fusion via his work in the Mahavishnu Orchestra and with Miles Davis (his influence was such that when drummer G. Calvin Weston found himself mystified at how to play Ornette Coleman’s music, he simply lifted rhythm’s wholesale from Mahavishnu’s Birds of Fire). Cobham is celebrating his 75th birthday this year with a tour leading his Crosswinds Project, which lands at the Ardmore Music Hall on Sept. 18. The gig also marks a homecoming for another fusion pioneer, trumpeter Randy Brecker, who tends to bring the fire on such occasions (as on his recent Ardmore appearance with guitarist Mike Stern). [INFO]

Among the many overlaps between klezmer music and jazz is the tension often found between staunch traditionalists and envelope-pushing innovators. Like the most interesting artists in any genre, clarinetist Michael Winograd simply shrugs off such arguments and follows his instincts wherever they take him in time and sound. So far, that’s led him to the forefront of the resurgent genre, steering two major annual events (Yiddish New York and KlezKanada) and to collaborations with the likes of Itzhak Perlman and Frank London. On his latest, Kosher Style, he harkens back to cutting-edge klezmer circa 1959, just before the music went into a two-decade hibernation. With his band The Honorable Mentshn, Winograd bridges the sepia-toned Jewish Brooklyn of generations past with the eclectic hipster mecca that’s supplanting it. The stellar band, which includes Philly trombonist Daniel Blacksberg, pianist Carmen Staaf, bassist Jordan Sand and Klezmatics co-founder David Licht on drums, plays the Philadelphia Folksong Society on Sept. 19. [INFO]