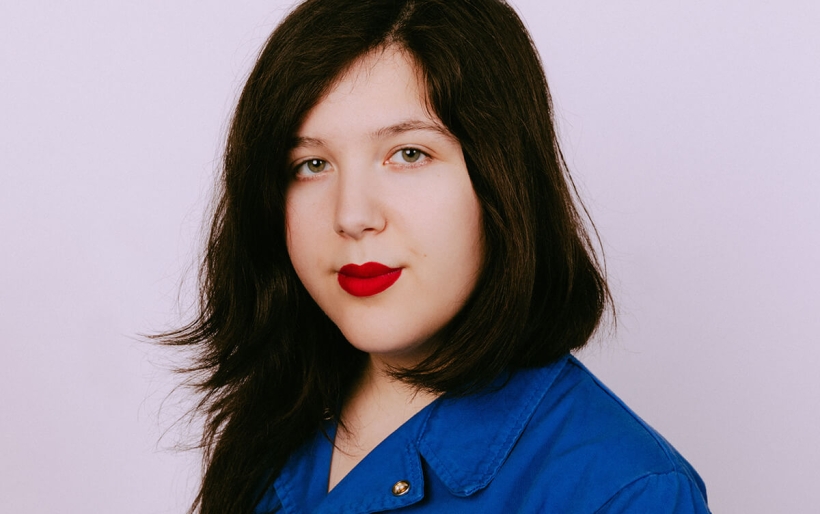 Singer-songwriter Lucy Dacus has spent 2019 releasing periodic one-off singles, and while most have been themed around holidays — a cover of Édith Piaf’s “La Vie En Rose” for Valentine’s Day, the sentimental original “My Mother and I” for Mother’s Day, the stirring “Forever Half Mast” for Memorial Day — today’s entry is not tied to any day of observance in particular. Or maybe it’s an argument that Bruce Springsteen‘s birthday should be a national holiday, or at least a state holiday in New Jersey that’s observed in Philadelphia and New York City?

In any case, Dacus has taken the occasion (Springsteen turns 70 on September 23rd) to record her rendition of “Dancing In The Dark,” one of his very best songs (cheesy 80s production on Born in The U.S.A. nothwithstanding), and it more than holds its own alongside other stellar renditions of the song in recent years by Hurray for the Riff Raff and Ted Leo. The strength in this song are the lyrics, some of Bruce Springsteen’s most vulnerable and introspective, reflecting on identity, self-worth, and feeling uncomfortable in your own skin, and Dacus delivers them with conviction while her band builds the energy with some legit rock and roll rumble.

Listen to “Dancing in the Dark” below, along with a few other covers for The Boss’ b’day, and find Dacus’ 2019 tour dates…which sadly do not include any local appearances at the moment, but we’ve got our fingers crossed that something very cool from her and the band is on the horizon in Philly.