A study in cross-cultural conversation, The Midnight Hour returns to Johnny Brenda's - WXPN 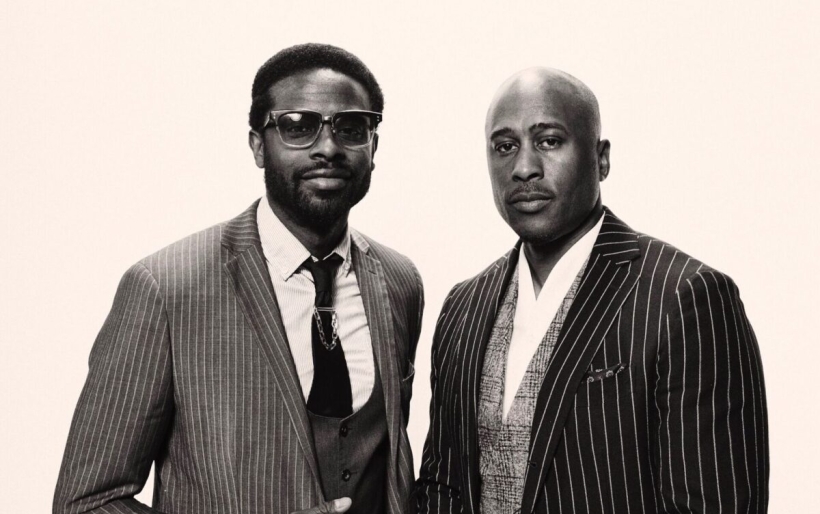 The Midnight Hour | photo courtesy of the artist

A study in cross-cultural conversation, The Midnight Hour returns to Johnny Brenda’s

In a segment of the popular FUSE TV series Crate Diggers, Los Angeles-based composer/multi-instrumentalist Adrian Younge can be seen picking through vinyl at his record store and homebase, Artform Studio. Upon coming across a record by legendary Italian composer Ennio Morricone, Younge explains how African American soul music influenced the film scores created by European composers like Morricone throughout the 60s, 70s, and 80s and how that music, in turn, influenced hip-hop and sample-based music in the 90s.

“Ennio Morricone is one of my favorite composers,” Younge says to the camera. “Now, when you listen to this, you are listening to the seeds of Wu-Tang and the seeds of Portishead. These European composers were asked to make soulful music for the films of Europe of the time. So, these classically-trained composers were listening to Marvin Gaye, Curtis Mayfield and reinterpreting them with harpsichords, with strings…hip-hop jumped on that and just took it to the next level!”

Raised in hip-hop and sampling culture, Younge and his collaborator Ali Shaheed Muhammad (co-founder of legendary Hip Hop quartet A Tribe Called Quest) took these disparate influences and combined them to form The Midnight Hour. The ensemble project that melds the slick live instrumentation of soul and soundtrack music with gritty textural cues taken from sample-based hip-hop. Their 2018 self-titled debut found the band fleshing out their unique sound with the help of guest slots from heavyweights such as Marsha Ambrosius, Bilal, Luther Vandross and more. The result is a case study in composition, atmosphere, and cross-cultural conversation.

On Monday, September 23rd, The Midnight Hour returns to Philadelphia for a set at Johnny Brenda’s. Philly’s own Eavesdrop Radio duo, DJs Lil Dave and Junior will be opening. Dave reflects on the unique space that The Midnight Hour occupies in today’s music scene.

“I’ve been following Adrian Younge since the Black Dynamite soundtrack, and it’s crazy to see how he has carved out his own path in an industry that is moving in an entirely different direction,” he says. “Of course, I’ve been a fan of Ali since the Tribe days. I’ve definitely kept an eye on his musical evolution since over the years with things like Lucy Pearl. We even had him come through Eavesdrop Radio when he did his solo album.  As the Midnight Hour, they have definitely pushed things to a higher level. I’m curious to see what they do next.”

The Midnight Hour plays Johnny Brenda’s on Monday, September 23rd, with Loren Oden, Angela Muñoz, Jake Waterson, and DJs Junior and Lil’ Dave of Eavesdrop Radio. Details on the 21+ show can be found at the XPN Concert Calendar.