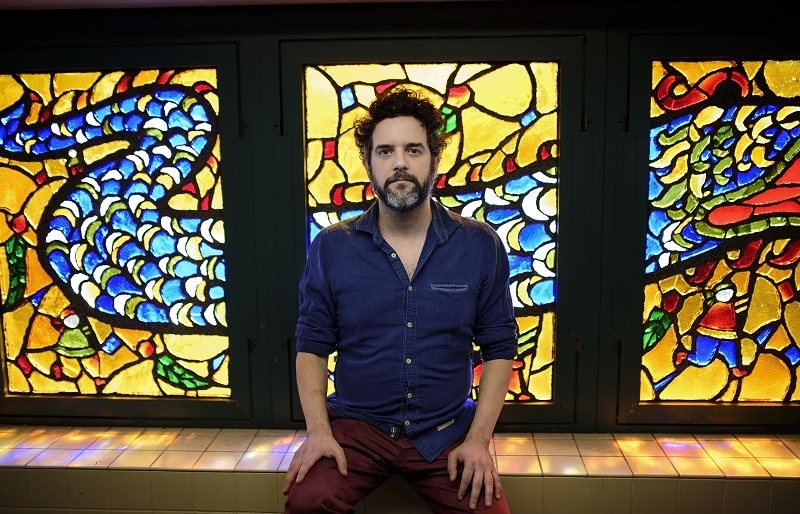 There’s always a tinge of nostalgia that comes along with jazz at the Christmas season, thanks to the musical gateway drug that is A Charlie Brown Christmas. That special, already in rotation for nearly a decade when I was born, introduced many of my generation to the music, and to this day there’s nothing like a gentle piano trio date to accompany a snowfall. The long-running Cartoon Christmas Trio beat the holiday rush by performing that music on Black Friday, but there’s plenty of holiday jazz yet to come.

Singer Dianne Reeves gives a Christmas recital at the Annenberg Center next Sunday, December 8. [INFO] Terell Stafford’s fantastic Jazz Orchestra of Philadelphia makes its re-debut under the Philly Pops banner at the Kimmel Center on Dec. 14 with its annual presentation of Duke Ellington’s “Harlem Nutcracker.” [INFO] Pianist George Burton comes home with his annual “Yule Log” show at the Art Museum on Dec. 20, where he’ll be playing holiday standards, joined by vocalist Nancy Harms and a string trio led by violinist Diane Monroe. [INFO] For those who celebrate Hanukkah, which overlaps with Xmas this year, Guadeloupe-born saxophonist Jacques Schwarz-Bart follows a week later (Dec. 27) with a program of Jewish liturgical chants reimagined through a jazz lens. [INFO] The Arpeggio Jazz Ensemble gets into the holiday spirit in more ways than one at South from Dec. 27-29, playing holiday songs as well as paying homage to Billie Holiday. [INFO]

And, fingers crossed, singer Michelle Lordi seems to be having a much better holiday season this year than she did in 2017, when she lost her home to a fire on the day after Christmas. On Dec. 22 at South she’ll celebrate the release of her new album, Break Up With the Sound, whose unique blend of influences was partially inspired by that clean break with the past. She’ll be joined by guitarist Tim Motzer, bassist Matthew Parrish and drummer Rudy Royston for the occasion. [INFO]

As always at this time of year, the schedule at Chris’ Jazz Café is nicely stacked with local favorites sticking close to or coming back home for the holidays. Trumpeter Duane Eubanks leads his quintet on Dec. 7, vocalist Joanna Pascale sits in with guitarist Larry McKenna and his big band on the 18th, saxophonist Michael Pedicin welcomes drummer Justin Faulkner to his band on the 21st, and guitar great Kurt Rosenwinkel hooks up with a new band of Young Philadelphians – namely, bassist Alex Claffey, pianist Joseph Block and drummer Jason Brown. Pianist Orrin Evans will jam with a pair of his favorite drummers – Ralph Peterson on the 13th, Jeff “Tain” Watts on the 20th – for a pair of powerhouse shows, and swing bandleader and vocalist Chelsea Reed will close out the year with her band The Fairweather Nine on New Year’s Eve. [INFO]

Musician and promoter Aaron Pond launches a new series this month at The Discovery Center, an idyllic natural oasis nestled in the midst of Strawberry Mansion, mere steps from the house where John Coltrane lived in the city. On Dec. 7 Pond will kick the Sonic Sunsets series off with a short improvisation of his own, leading to a headlining set by The Great Blue Heron, an apt choice given the avian splendor of the place. Sun Ra Arkestra bass clarinetist Mike Watson leads the new collective, which gathers a host of local experimentalists and improvisers. [INFO]

The Painted Bride will take some of its first steps out of its longtime home on Dec. 7, presenting jazz trumpeter Hannibal Lokumbe at the Philadelphia Episcopal Cathedral with the world premiere of his new show First Breath, Last Sign: A Journey Called Life. The piece, featuring the Play On Philly Symphony Orchestra and the CAPA Choir, pays tribute to a young singer with the Morgan State University Choir who fell victim to gun violence in Baltimore. The performance will also reprise Children of the Fire, Lokumbe’s piece inspired by the infamous image of a young Vietnamese girl burned by napalm. [INFO]

John Zorn’s NYC venue The Stone has inspired many a novel project due to its week-long residencies and emphasis on risk-taking. Clarinetist Aaron Novik decided to carry those principles beyond his run of concerts, releasing five remarkable EPs this year, each with a completely different concept and configuration. No Signal, which he’ll bring to The Art Dept Collective on Dec. 12, was inspired by the 1980s Downtown noise-rock scene as recalled in Kim Gordon’s recent memoir. The two-clarinet, two-guitar band features Jeremiah Cymerman, Ava Mendoza and Matt Hollenberg; they’ll share the bill with Philly art-pop duo Strange Parts and Bay Area violinist and electronic musician Thea Farhadian. [INFO]

Pianist Glenn Zaleski shows off the more raucous side of his personality on his most recent release, a live date with triomates Colin Stranahan and Rick Rosato. But he displays incredible focus and a deft sense of dynamics when alone at the keyboard, as he will be on Dec. 18 at @exuberance for a solo outing that’s sure to be stunning in that deep listening environment. [INFO]

Last month ended with Philly’s venerable African drum and dance ensemble Kulu Mele celebrating its 50th anniversary with a resplendent new show inspired by Yoruba folktales gleaned from the ensemble’s trip to Santiago de Cuba. The Orishas will continue to smile on the city as New York-based pianist Michele Rosewoman celebrates 35 years of her own Afro-Cuban inspired ensemble, New Yor-Uba. Rosewoman’s music deftly interweaves threads from across her musical influences, crafting a distinctive sound that blends Afro-Cuban rhythmic traditions with progressive jazz harmonies. The compelling music is navigated by a band of stellar jazz masters. The band’s latest, Hallowed, shines the spotlight on master percussionist Román Díaz, who will be featured when New Yor-Uba arrives at the Clef Club on Saturday, Dec. 21. [INFO]