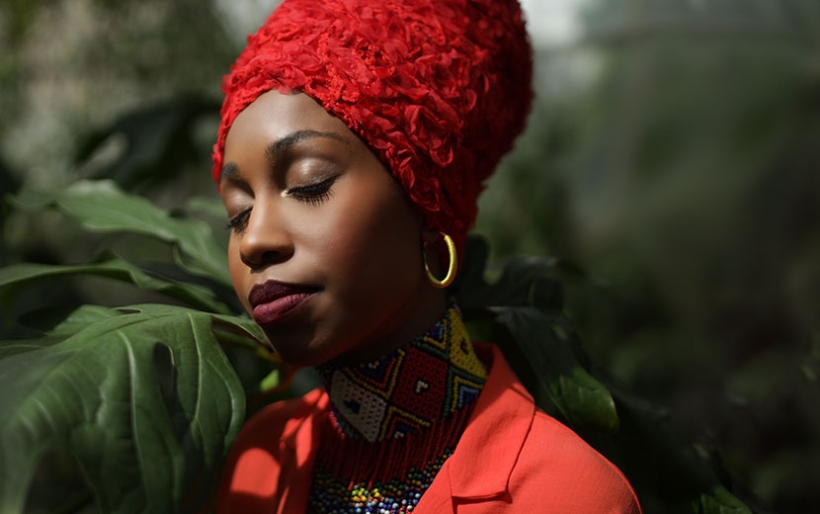 Philly has more than its share of historic monuments, but only one of them lives, breathes, summons otherworldly squeals from an alto saxophone, and leads a raucous big band of sequin-clad jazz aliens. That would be the mighty Sun Ra Arkestra bandleader Marshall Allen, who will be honored by Ars Nova Workshop at their annual fundraiser on March 26 at Space & Company, just two months shy of his 96th birthday. The event provides the opportunity to pay homage to a living legend truly deserving of the name while supporting an organization that is vital for continuing the far-reaching legacy that the Arkestra so vividly represents.

If any convincing is required, just look at the incredible and diverse line-up that Ars Nova has arranged this month alone: on March 10, they’ll host Tortoise guitarist Jeff Parker and his band The New Breed for a sold-out show at Johnny Brenda’s that will delve into the autobiographical jazz/soul/rock collage of his superb new album Suite for Max Brown; two days later the caustically adventurous Sun of Goldfinger brings together the tightrope-walking trio of saxophonist Tim Berne, drummer Ches Smith and guitar mutator David Torn on the same stage. Analog synth composer Caterina Barbieri follows on March 18, while things move to the Ruba Club on March 25 for the genre-defiant double bill of Josh Abrams’ trance-inducing Natural Information Society and the time-warping Cretan experimentalism of Xylouris White. [INFO]

Genre is also bucked and blurred in the music of two trumpeters coming to town this month. First, the always unpredictable Dave Douglas brings his new Devotion Trio to the Philadelphia Museum of Art on March 6. The group features Philly native Marilyn Crispell, a veteran improviser, on piano and former David S. Ware Quartet drummer Susie Ibarra. He originally recorded this repertoire with pianist Uri Caine (another Philadelphian!) and legendary drummer Andrew Cyrille, so the music should be intriguingly reinvented here. (The Museum’s schedule also includes Nigerian-born singer Douyé on March 13 and Israeli saxophonist Uri Gurvich on the 20th.) [INFO]

Christian Scott aTunde Adjuah, who comes to the Ardmore Music Hall on March 18, was born in New Orleans to both jazz and Mardi Gras Indian royalty, and the celebratory and ritual nature of the Crescent City’s music is imaginatively reinvented in Scott’s forward-searching sound. Ancestral Recall was one of last year’s best releases, a post-modern conjuration of space that seemed to channel ancient past and distant future into a boundless eternal now. [INFO]

Speaking of the future, this month’s jazz calendar offers a sunny forecast for modern jazz vocals. Chris’ Jazz Café kicks off the month with the wry elegance of Veronica Swift (March 6-7), another second-generation jazz performer. (Her parents are pianist Hod O’Brien and singer Stephanie Nakasian.) She’ll be accompanied here by a trio led by Philly native bassist Alex Claffy. Later in the month, Chris’ hosts trombonist Robin Eubanks of the local jazz dynasty, whose trumpeter brother Duane will be onboard for the electric band Mental images on the 13th and 14th, while saxophonist Jane Bunnett will bring her all-woman Cuban band Maqueque on March 21. [INFO]

With a name like Jazzmeia Horn, the vocalist didn’t have much choice but to pursue a life in music. Fortunately she’s lived up to it, garnering a host of accolades for her bright, lively blend of jazz and R&B. Following in the simultaneously introspective and socially-conscious footsteps of classic soul singers like Marvin Gaye or Bill Withers, Horn’s own songs cry out with a spiritual earth-mother vibe that embraces while maintaining a steely resolve. She’ll perform a mix of standards and songs from her Grammy-nominated Love and Liberation at the Kimmel Center on March 14. [INFO]

Fay Victor approaches the idea of jazz singing from a much freer, more radical direction. At the Community Education Center on March 21 she’ll be joined by cellist Marika Hughes and saxophonist Darius Jones, both equally innovative voices on their respective instruments, to celebrate her latest album, Barn Songs. The malleable pieces pair abstract exploration with warm, engaging lyrics – Victor may not make music that is easily approachable, but she certainly isn’t setting out to alienate. [INFO]

Guitarist Barry Wahrhaftig is Philly’s own torchbearer for the legacy of Django Reinhardt and gypsy jazz as the leader of the Hot Club of Philadelphia. He’ll present a pair of shows taking stock of the modern perspective on Django’s innovations this month at the Venetian Club in Chestnut Hill. On March 7 one of the leaders of the current generation, guitarist Stephane Wrembel, will play music from his recent album Django L’Impressioniste, which shines a spotlight on the legendary guitarist’s lesser-known solo pieces. On the 29th, Wahrhaftig’s own band will celebrate the release of their latest, Gypsy – Americana, which finds surprising links between the Reinhardt tradition and folk songs from Stephen Foster to Leonard Cohen. [INFO]

Matt Yaple has presented any number of combinations in his gorgeous listening space, @exuberance, but at its heart the Kensington salon is a piano room. That will be more than evident on March 27 when Jeremy Siskind performs his new suite, “Perpetual Motion Etudes,” a collection of pieces that the acclaimed young pianist has written to explore the conjunction of jazz harmony and classical rigor. The composer himself will perform the pieces, as will concert pianist Angelin Chang, a professor of keyboard and law in Cleveland. [INFO]