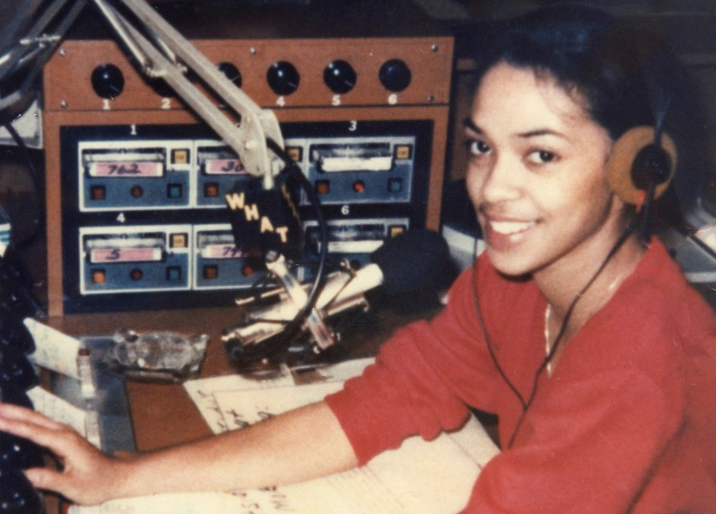 From Lady B to Mac Money, meet the women who rocked Philly hip-hop in the 80s

Recalling her earliest interaction with rap music and the then-burgeoning culture of hip-hop, Philly native and Rap pioneer Lady B (aka Wendy Clark) describes being fresh out of high school and going to parties in Brooklyn where MCs would toast and chat over Disco records and funky breakbeats.

“The first time I heard hip-hop was in Brownsville, Brooklyn,” she recalls. “I had came out of high school and started hanging out with (Philadelphia 76ers star) World B. Free. I was in awe. Hip-hop was a transition out of disco, and some would say — and I might tend to agree — that certain folks weren’t welcome in discos. So hip-hop kinda created its own thing in the streets and in the courtyards of the projects. It was a time of a lot of [social] turbulence. If you ask Afrika Bambaataa and the Black Spades how they birthed this hip hop thing, toasting and rapping over these breakbeats, it was because we felt ostracized and we decided to do our own thing, in our own way.”

While working serving cocktails at legendary Kim Graves nightclub in center city (formerly located at 20th & Samson), Lady B would rock the mic on her own, imitating the rhymes she had heard at those early parties. Unbeknownst to anyone, Lady B’s fun and creative hobby would set in motion a series of events that would change music history.

“The DJ there — Lawrence Levan — would break down these beats like Nile Rodgers’ (and Chic) ‘Good Times’ or Pleasure’s ‘Glide,’” Lady B says. “These were the breakbeats. Watching World and them talking trash, I would start mimicking them. So, I’d have my tray in one hand, the mic in the other, go serve my drinks then run back into the DJ booth spitting these rhymes that I had heard World B Free saying. Next thing I know, Perri Johnson (famed WDAS radio jock) approached me about doing a hip-hop song.”

The song “To The Beat Y’all” was released in 1979 on the TEC Records label. True to the party-rocking style of her beginnings at the Kim Graves club, “To The Beat Y’all” finds 18-year-old Lady B introducing herself to the world with slick, confident rhymes over a slippery funk groove. Arriving in the same year as the Sugar Hill Gang’s landmark release “Rapper’s Delight,” Lady B and “To The Beat Y’all” own the distinction of being recognized as the first commercially released rap song by a woman (though there is a discrepancy, as Paulett and Tanya Winley’s “Rhymin And Rappin” was also released in ’79). While “To The Beat Y’all” was making waves, Clark went to school to become a licensed radio broadcaster. Her career as a recording artist would be brief and deeply impactful, but that impact would be rivaled by her work in broadcast radio.

“I took a job as a music director at WHAT (AM) and I’m trying to convince these folks that this is the new thing and you gotta let me play it on the radio.” Once Clark began playing Hip Hop songs on the air, she states that “(The response) was MASSIVE.”. By 1984, Lady B’s Street Beat show had moved to Power 99 / WUSL FM and the show would spread rap music across the city’s airwaves, helping to further amplify and solidify the culture of hip-hop in Philadelphia. (Read more about Lady B’s journey through the scene in this Q&A with Josh Pelta-Heller for The High Key Portrait Series.)

While Street Beat dominated the radio in the 80s, each element of hip-hop culture flourished in Philly. Whether it was through the city’s distinct and anarchic graffiti movement, our DJ culture, or our elegant and flamboyant street fashion, hip-hop ruled the 80s.

A new generation of MCs would emerge to narrate the entire scene in the form of beats and rhymes and much like Lady B before them, many of these MCs were young women, who would use the music to exert their own identity and creativity.

Amongst this crop of gifted MCs was Mia Evans (aka Mac Money). Born and raised in Philly’s Germantown section, Mac started writing rhymes at the age of 11. In 1986, when Mac was a teenager, Schoolly D’s anthem “P.S.K. What Does It Mean?” hit the street like a bomb. With its booming TR-909 drums and fresh, cocky rhymes from Schooolly, the song was an instant classic that enraptured countless young Philadelphians, Mac included.

“I was 15 or 16 at the time P.S.K. came out, and my brother loved Schoolly D. Since I was a battle rapper, he wanted me to do an answer diss, so he named it P.S. P.S.K., and I wrote the lyrics.” Connecting with friends under the name The Philly Crew, Mac recorded “P.S. P.S.K. (I’ll Tell You What It Means!)”

“The Philly Crew consisted of Norman Jones, a.k.a DJ Q.S.T., and Jeff who made beats. They was introduced to us by Craig Davis and Allen Lott who ran Place to Be Records.”

Around the same time that Mac Money and The Philly crew were putting their spin on “P.S.K.”, A young MC from Philly named Malika Love was gearing up to make her debut on the hip-hop scene. Born and raised in West Philly, Malika was initially inspired to pursue hip-hop after hearing her uncle Roland Chambers (a member of Philly psych-soul band Yellow Sunshine and guitarist on countless Philadelphia International records) play on Frankie Smith’s seminal 1981 single “Double Dutch Bus.” After building her skills rocking parties around the city thrown by legendary promoter Bobby Dance, Malika (who like Lady B had her own radio show, Rap Digest on WDAS) DJ Bones and producer Ryan Rockwell entered the studio in 1987 to create “Co Rock Steady,” a classic anthem that has been a staple at Philly block parties, club nights and old-school / throwback concerts for decades.

The 80s were an unbelievably fertile time for hip-hop’s growth and expansion. During this “golden era,” Philadelphia was one of the culture’s major epicenters. Despite the fact that hip-hop in general and rap music specifically is dominated by men, the women of Philly hip-hop have always carved out a unique space for themselves. From E-Vette Money’s hardcore take down of LL Cool J on 1986’s “E-Vette’s Revenge” (a diss response to LL’s “Dear Yvette”) to the female-empowering raps of (Fresh Prince and Jazzy Jeff-affiliate) Ice Cream Tee and more obscure acts like The Devastating 4, the legacy of Philly’s first generation of MCs lives on. The 90s and 2000s saw a number of brilliant women rise to the forefront like Bahamadia, Mecca Bey, Andrea Da Gr8 (Divine Beings), Shorty No Mas (De La Soul), K-Swyft (2 Kannon), Charlie Baltimore, Eve, Ms. Jade and more, while today’s scene is still producing heavyweights like Lee Mazin, Rocky, Tierra Whack.

Speaking on the legacy of Philadelphia’s Women rappers, gifted Philly MC Queen Jo (who recently took part in Black Thought’s School Of Thought masterclass at Carnegie Hall) explains the impact and stylistic uniqueness of this long line of women MCs from our city.

“People ask what’s the signature Philadelphia sound and I often say it’s the most raw, authentic interpretation of any genre ever made,” Queen Jo says. “I love how Philadelphia woman rap manages to stay true to its feminine nature while simultaneously bar-bodying other rappers in the game.”