Checking In With... Tyler Williams of The Head and The Heart - WXPN 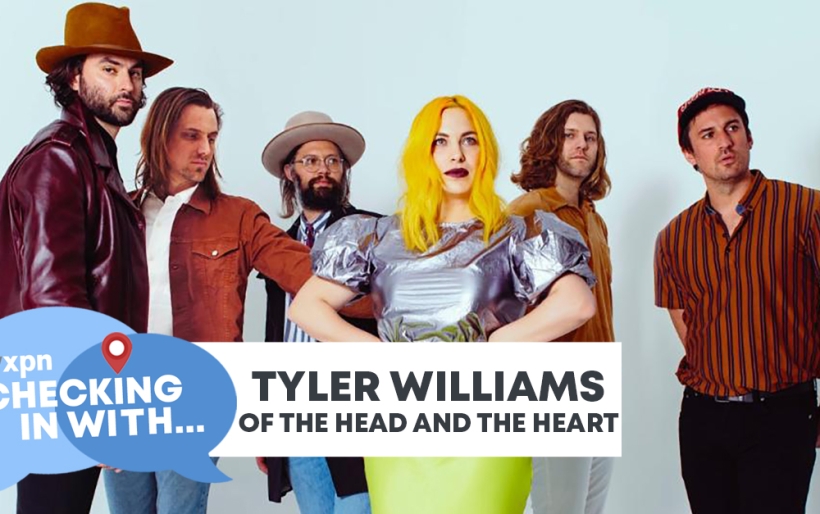 Checking In With… Tyler Williams of The Head and The Heart

In times of crisis, it’s more important than ever to check in on your friends and loved ones. Here at XPN, we’re Checking In With our extended musical family to see how they’re holding up during the Coronavirus quarantine…and what music has kept them grounded. Today, Dan Reed chats with Tyler Williams of The Head and the Heart.

Tyler Williams of The Head and The Heart was hanging out in his drum studio in Nashville when we caught up with him for Checking In. He and his bandmates have all gone home to their respective cities after a year of promoting their latest record, Living Mirage, released last year on Warner Brothers. They were going to do an additional round of dates this year with Margo Price that got cancelled, and Williams speaks of the impact of these strange times on he and his bandmates.

“It’s a tough situation for every musician right now,” Williams says. “Touring is pretty much off the table. We’ve been focused on building up our home studio stuff and doing some live-streaming stuff. The silver lining is now we all have the capability to record together, even separate from, you know, 3000 miles away. Some of those guys live up in Seattle, San Francisco, LA. We’re all very spread out, but it’s been cool to keep in touch that way.”

Another silver lining: Williams and his wife had a daughter back in October of last year, and he tells us it’s nice to be home and get this much time with her. We talk about that, about songs written from The Head and The Heart’s own dark times that connect with fans in these current global dark times, and about some of his favorite tunes; hear it all in the player below.

Checking In With Tyler Williams of The Head And The Heart

Favorite Song of All Time: “Unchained Melody” by The Righteous Brothers

“It’s just always kind of been there for me. I remember my parents listening to it and dancing in the kitchen together. Sweet memories of that. And going through high school, it was the song of first love. There was a lot of magic to it, the performances were incredible, and to know they were recording live back then. It’s insane how much feel and soul they’ve managed to capture.”

Song that Raises Your Spirits: “I Must Be In A Good Place Now” by Bobby Charles

“I was digging through Vetiver’s catalog and it was right when they put out a covers record called Thing of the Past. This one just stuck out, it was so heartwarming and made me feel really good. My wife and I chose it for our first wedding dance song. This one has a lot of good comforting sentimental valu to it, which is something I turn to in tough times.”

Song You’re Most Proud of Working On: “Living Mirage” by The Head and the Heart

“It’s not one that gets played on the radio often but for me it signifies a new fresh start for the band. After seven years together you got to find new ways of doing thing and this is one we all wrote together in a collaborative jam session. It just flowed out of us in one take. I love the lyrics, I love the drum part, I think every instrument is placed in the right spot, and it feels great to play this one.”