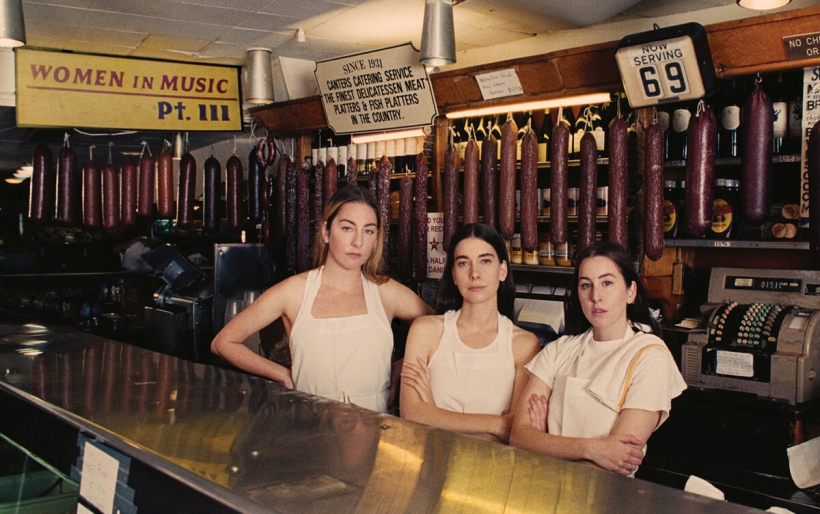 Haim | courtesy of the artist

Women in Music Pt. III, the third album from Haim arrives today after a brief delay due to the pandemic. The LA sister trio have been rolling out singles since last summer, and the final product delivers on all the anticipation. Ray Lamontagne is a one-man band on his new album, Monovision. The adored songwriter wrote, produced, engineered and played all the parts on his eighth album. Also this week, groove to new albums like Mordechai from XPN “Artist to Watch” Khruangbin andColor of Noize from Philly multi-instrumentalist Derrick Hodge. Plus, hear the debut from Canadian rockers Pottery, a new solo album from Bermuda Triangle member Becca Mancari, and folk-electronic songwriter Gordi! #PressPlay and enjoy!

We LOVE: “Not Right Now”