It's the Return of #XPNStock: Go back to the garden, again, with Woodstock Week - WXPN 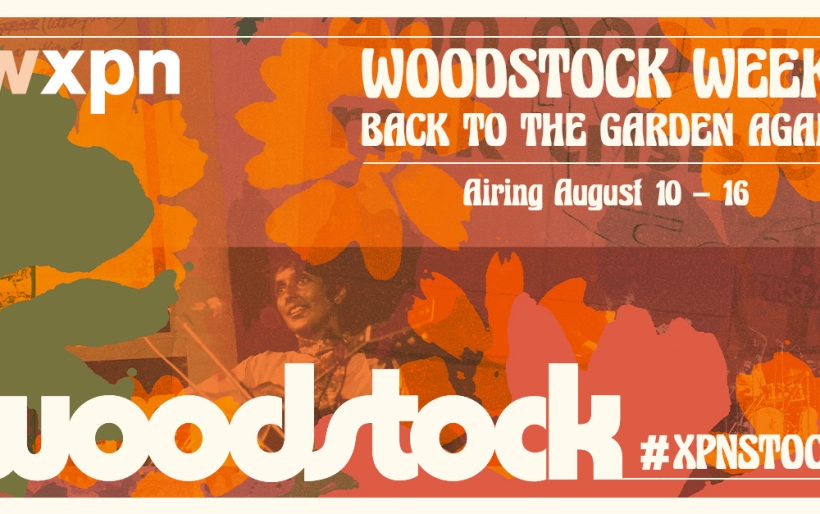 It’s the Return of #XPNStock: Go back to the garden, again, with Woodstock Week

Last summer, WXPN celebrated the 50th anniversary of the Woodstock Music & Arts Fair with a four-day broadcast of every set at the legendary music festival, and it had music fans talking the world around.

Next week, we’re once again celebrating Woodstock on XPN with a full week of live music recorded 51 years ago on Max Yasgur’s farm.

Woodstock Week: Back To The Garden Again will begin with the XPN Morning Show on Monday, August 10th with a set at 9 a.m. from Richie Havens, and will air performances — and stage announcements! — through Sunday, August 16th,,ending with Jimi Hendrix at 1 p.m.

The big difference this year is timing: while last year’s #XPNStock presented every set on the day and time that it happened, recreating the festival experience as closely as possible, that meant some performances like Sly and the Family Stone and The Who aired at 3 and 4 in the morning. This year we’re spreading the festival out and broadcasting each set will air during regular hours, with no performance airing earlier than 6 a.m. and none later than 10 p.m.; certain specialty shows, such as Sound Opinions and the Grateful Dead Hour, will be pre-empted.

Our WXPN family has one person with first-hand knowledge of Woodstock: Chuck Elliott, co-host of Sleepy Hollow, who attended the 1969 festival with a group of friends before starting his fall semester as an undergrad at the University of Pennsylvania. Elliott was interviewed by John Vettese about the experience, and you’ll hear that conversation on the XPN Local Show on Tuesday, August 11th.

On XPN’s monthly 90s show What’s The Frequency?, host John Vettese will spotlight the highlights of Woodstock’s latter-day offspring, with performances from the celebratory Woodstock 94 and the ill-fated Woodstock 99 making up the centerpiece of the show on Friday, August 14th.

Check out the Woodstock Week set times below, and join the conversation on social media using the hashtag #XPNStock.

Woodstock Week: Back To The Garden Again