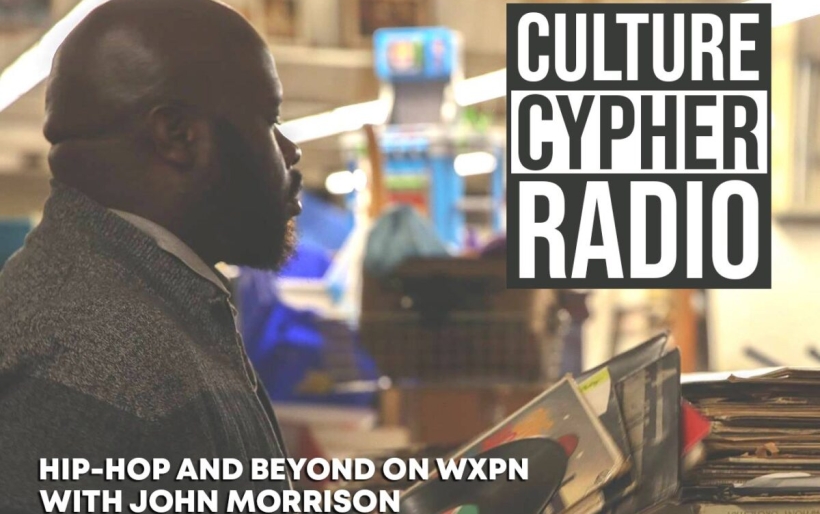 When Culture Cypher Radio first premiered in September of 2019, it was hard to contain. I’ve listened to XPN since I was in high school and the thought of having my own show, with my own voice broadcasting over those same airwaves was mind-blowing and humbling. On the night of the first show, I came out with a broad mix of music; Slick Rick, A Tribe Called Quest, Frank Zappa, and Bruce Warren hung out in the studio while I played and helped me with the technical stuff. As we played songs, I’d pop out of the studio and listen in the hallway, to get a feel for what the music sounded like on the air.

In the wake of COVID-19, everything went on lockdown and after a short break, Culture Cypher Radio returned, this time recorded and produced remotely from my home. Although there is nothing like playing music live over the airwaves, producing the show at home felt familiar because when a kid, I’d spend hours making my own faux-radio shows with music, beats and wacky little skits. Through all of the challenges we’ve faced this year, the music that we’ve loved and lived with has continued to signal the promise of a new and better world. From the transcendent protest anthems of SAULT, the ecstatic joy of QuelleChris and Chris Keys’ Innocent Country 2, Jay Electronica’s twin spiritual opuses A Written Testimony and Act II: The Patents of Nobility (The Turn) to Che Noir’s hard-won faith and introspection, 2020 has been jam-packed with beautiful, intriguing music and Culture Cypher Radio has tried to act as a vehicle to deliver it all to anyone who wants or needs it.

For this, the final episode of 2020, we have new releases from Moor Mother & Billy Woods’ latest collaborative album, Brass, some fresh sounds from Drew Dave & D.C. Cortez, as well as some highlights from 2020. This year has been a lot, (to say the least!), but we’re still here, we’re still fighting, loving, living and thriving. See you next year!

7. Jay Electronica – “Fruits of the Spirit”