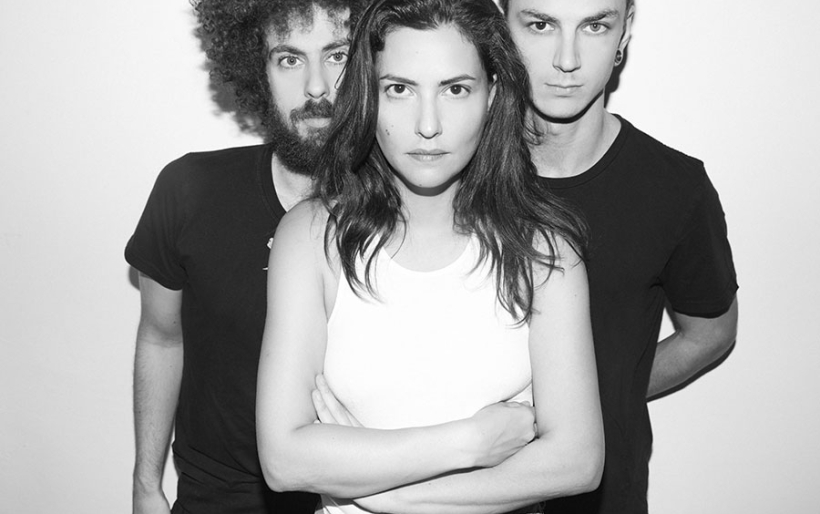 Courtesy of the artist

She’s from Tel Aviv, where she emerged out of the city’s underground indie-rock scene, and has broad influences from jazz to bands like Fugazi and Sonic Youth.

We’ve been playing this song, “Crossbow.” Dan Reed wrote about the song for the January edition of Heavy Rotation on World Cafe/NPR and said: “Tamar Aphek’s performance on “Crossbow” helps this propulsive song stand out among the torrent of new music.”

Aphek’s debut full length album, All Bets Are Off, was recently released on Kill Rock Stars, and recorded at Daptone Studios in NYC. Tamar fronts a power trio with overwhelming assuredness, and on each of the record’s nine songs – including a cover of “As Time Goes By” – she weaves improvisation and straight ahead rock together with swagger and impressive, sophisticated playing by her, drummer Yuval Garin and bassist Uri Kutner.