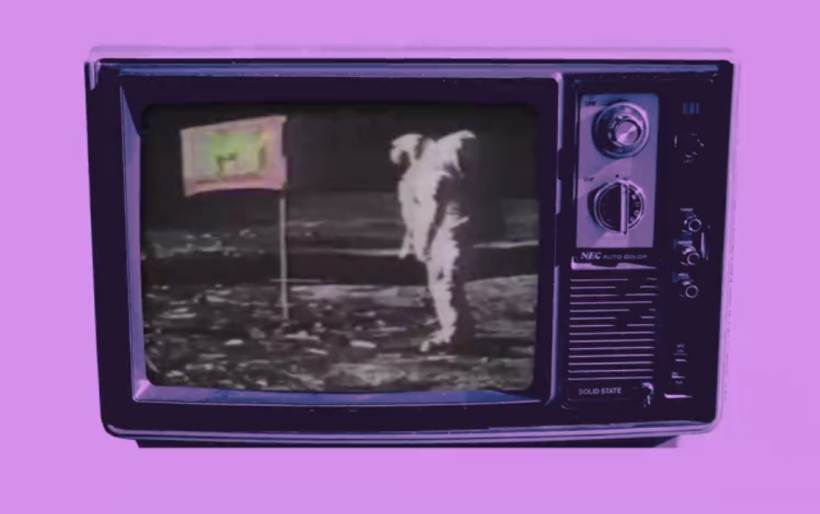 MTV, day one | still from video

Those were the words spoken by Warner Cable executive John Lack on Aug. 1, 1981, at 12:01 am when MTV — Music Television — went on air for the very first time. It was accompanied by the image of an astronaut, modeled after Neil Armstrong, and an MTV flag planted on the moon’s surface. Comparing the station to the moon landing may have come off as hubristic at the time, but MTV would go on to change pop music and its impact on popular culture forever.

The very first music video shown on MTV was The Buggles’ “Video Killed The Radio Star.” While the channel’s distribution was hard to come by, the rallying cry of “I want my MTV” became a mantra for consumers.

Many of the first videos the station aired became hits; a new generation of music fans became acquainted with the freshman class of VJs or video jockeys, including Martha Quinn, Nina Blackwood, Alan Hunter, J.J. Jackson and Mark Goodman. Together, they would go on to present some of the coolest, weirdest, cheesiest and worst music videos of the 1980s and beyond.

In their book I Want My MTV: The Uncensored Story of the Music Video Revolution, music journalists and co-authors Craig Marks and Rob Tannenbaum note that at the channel’s outset, not many people in the industry thought it would succeed. They were wrong.

The golden age of MTV — between its inception in 1981 and 1992 — blossomed globally. Videos became important cultural objects. Specialty shows like Yo! MTV Raps, Headbangers Ball, MTV Unplugged, 120 Minutes and even goofy game shows like Remote Control launched dozens of musicians’ careers and became TV you didn’t want to miss.

Watch the first 100 unique videos played on MTV below.