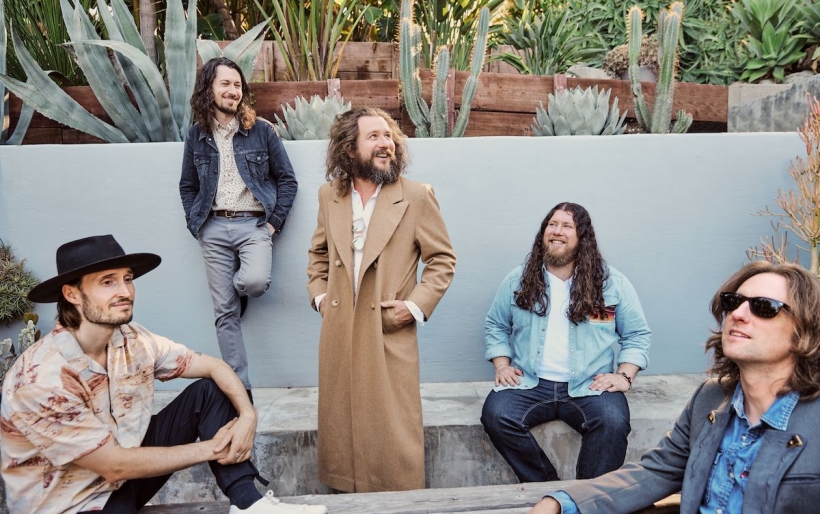 My Morning Jacket wants people to tune in, not to their phones but to the world around them. Tired of how out of touch modern life has made us, they express their frustration on “Regularly Scheduled Programming.” The single is the first release from their new self-titled album, which will be out on October 22 via ATO. The band will also be hitting the road this fall for a North American tour. They will make a stop in Philly to play TD Pavillion on September 8.

The track begins with lead-singer Jim James’ breaking a static silence with descriptions of diamonds growing in the garden and raindrops filling up the sea. After pointing out their often-overlooked beauty, he apologizes for the interruption. However, James has no intention of letting his point go. Instead, the band breaks into a reeling rock n’ roll track that examines the ways we numb ourselves to the outside world. Whether the distraction is endless scrolling or getting black-out drunk, the song encourages people to step back and see the world for what it really is-beautiful.

“This song really hits home for me after what we’ve gone through with the pandemic,” James said of the new song in a statement. “But even before then, it felt like so many of us were trading real-life for social media, trading our own stories for the storylines on TV, trading our consciousness for drugs. We need to help each other wake up to real love before it’s too late.”

In the music video co-created by Jim James and George Mays, the band is cruising through the desert in a flashy convertible. At first, appearing awestruck by their surroundings, they quickly become blinded by vices. As the car fills up with computers, pills, smartphones, and alcohol everything else fade away. Ending up in a psychedelic digital realm, it’s only when they start playing together that they manage to break through, the lights going wild as if they’re about to short circuit.

You can stream the video below and grab tickets to their show at The Mann here.