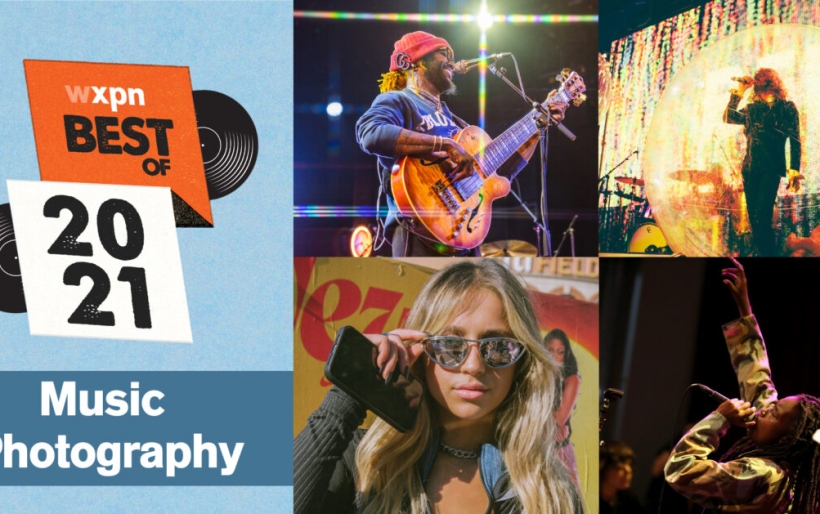 If a tree falls in the forest, and there’s no one around to hear it…does it really make a sound? And similarly, if there’s a brilliant show without a photographer in the crowd, did we all really experience it? Well, yes, of course we did. For as long as anyone’s memory lasts. But when it comes to looking back on a chaotic and challenging year, we can all be grateful there were professional photographers shimmying around stages, artistically capturing the subjects and feelings of our favorite musical events.

In COVID’s less active months this year, Philly saw an incredible amount of local and touring talent take the stage. It seemed every performing artist was ready to shake off the cobwebs — and dreadful loneliness — of 2020 and get back on stages across the country. In the music scene’s busiest periods, The Key counted 21 concerts in one week that we’d like to see, and we got around to as many of them as possible. There were no regrets then, even as the morning came fast after a late-night show, and especially now that shows are being cancelled due to another sweeping variant.

The talented photographers at The Key did the important work this year of documenting the moments in the music scene that would become history. They used all the tools at a photographer’s disposal — composition, lighting, color, and mood — coupled with the context of a year full of trepidation to tell our collective story. Which begins not in January, but in April, when outdoor concerts first started coming back (and August-ish for indoors shows). Take a look back at the year in concerts through the lenses of the many freelance and staff photographers of The Key.

This first photo is significant for the same reason the first known photograph of a human being is significant: history. This was, at the time, the largest crowd any of us had seen in over a year. Fishtown alt-country five-piece Dominy was the first show of many this past summer at the Sunflower Philly event space curated by Johnny Brenda’s talent buyer Marley McNamara and promoted by brewery-next-door Human Robot. This chilly April evening was the first glimpse of normalcy for the concert-going community.

The best possible way to reopen Union Transfer, you ask? How ’bout with five sold-out Japanese Breakfast shows. This run was unforgettable not only because it was the venue’s first shows since the COVID-19 shutdown, but because Michelle Zauner herself used to work in the coat check at UT. After the last of the five sold-out shows, the venue surprised Zauner with the unveiling of the new “Michelle Zauner Coat Check” in her honor.

Tate McRae at The Governors Ball in NYC by Avi Warren, September 24th

Photographer and Key contributor Avi Warren reported back to Philly how The Governor’s Ball in New York City went this year. Though documenting the onstage fun is always a key part of covering any music festival, Avi’s candid portraits from backstage and around the festival grounds were some of our favorites, including this snap of Tate McRae taken away from the swarming crowds.

XPoNential Music Festival was safely back in Wiggins Park and BB&T Pavillion this year. We welcomed dozens of artists from the Philadelphia area and beyond back to our stages, including two sets from Afro-Cuban funk band Cimafunk, pictured here. While our staff photographers produced hundreds of digital images to be uploaded and shared on The Key for day-of recaps, some of our favorite images from the festival were captured on film, like this Fuji film instant photo from photographer Megan Matuzak. More 35 mm and 120 mm images can be seen here, for The Key’s XPoNential Analog review.

Blues guitarist and singer Christone “Kingfish” Ingram played for the second time at XPoNential this year, and as he’s known to do, walked mid-performance through the Marina Stage crowd (with the help of his wireless guitar amp). As Kingfish parted the crowd, with security flanking him on both sides, he walked right past me and my digital camera. The set was photographer Ellen Miller’s to cover — and her lovely photos from the show are available here — but the fact that I wasn’t planning on photographing Kingfish up close makes this shot all the more special.

2021 also saw the in-person return of Philly Music Festival that took place, like always, on the stages of some of the city’s best independent music venues. Songwriter and poet Camae Ayewa led the evening of October 6th at the Lounge at World Cafe Live, and brought all three of her musical groups, Irreversible Entanglements, Moor Jewelry, and Moor Mother to the stage. The year was a pivotal one for Ayewa; Moor Mother released the inimitable Black Encyclopedia of the Air which received rave reviews from sources across the country.

Thundercat at The Fillmore by Dylan Eddinger, November 4th

Kendrick Lamar collaborator and songwriter in his own right, bassist Thundercat, came to Philly this past fall to play The Fillmore, perhaps the only venue of scale to fit his larger-than-life performance. Dylan Eddinger returned from the show with a series of photos like this one above, that capture the joy and brightness of the event, with (possibly) a specialty filter over his lens to create the prismatic sheen effect, a trend that popped up all throughout 2021.

The Key Studio Sessions were back in full swing by November when emerging Philadelphia star Saleka came to the studio. Photographer Morgan Smith was there to capture stills and video of the R&B singer’s set for an episode that preceded her residency performance at World Cafe Live in November.

The Flaming Lips at The Fillmore by Skyler Watkins, November 7th

We all wished we could own a bubble like this one that The Flaming Lips performed in this year. The eccentric group has been pulling stunts like this at live shows since the 80s, but this one was particularly relevant and harrowing to think about. The Key’s and Sad Punk Press’s Skylar Watkins captured this memorable image in retro film-inspired color.

Ashley Gellman was in a rare position for this photo; instead of being in the pit at Union Transfer, she was backstage to capture this powerful, hazy silhouette of pop-star Caroline Polachek. The symmetrical composition of the clouds of smoke surrounding Polachek help make this one a winner.

The Garden at Union Transfer by Skylar Watkins, November 28th

So often the subject of live concert photography is of course, the musicians. But photographer Skylar Watkins chose to turn the camera around on the crowd at The Garden’s Union Transfer show this November. The experimental rock duo often paints their faces in clown makeup, which in turn influences their fans to do the same at shows. The choice to make this photo in black and white even further adds to this photo’s iconic look.