Kurt Vile and The Violators played their first show in two years at Anchor Rock Club in A.C. - WXPN 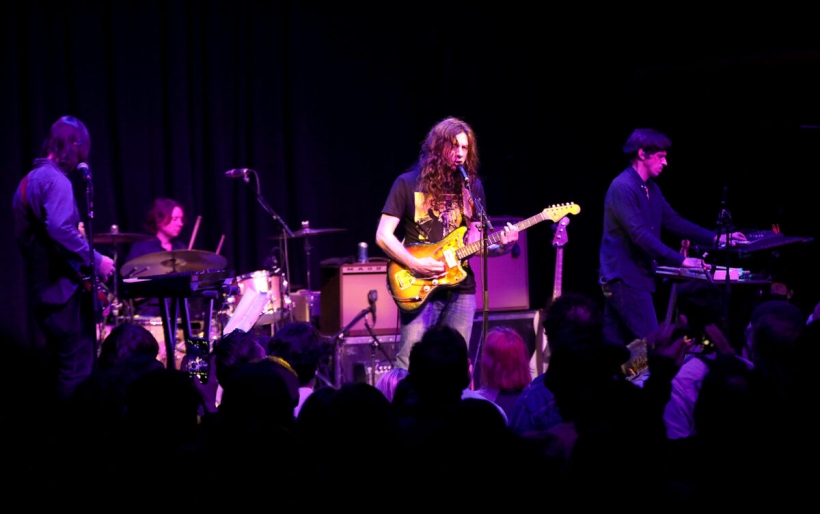 Kurt Vile and the Violators | photo by John Vettese for WXPN

Kurt Vile and The Violators played their first show in two years at Anchor Rock Club in A.C.

It was 21 degrees Fahrenheit on the New Jersey shore last night, and significantly warmer inside Atlantic City’s Anchor Rock Club, where hundreds of warm bodies congregated to watch Philly’s Kurt Vile and his longtime band The Violators play live for the first time since the before times.

Since wrapping tour in support of his last album Bottle It In in November of 2019 and playing a handful of solo livestreams during lockdown, Vile has moved on from longtime label Matador Records and signed to Verve Recordings, with a new record expected later this year. There weren’t any song debuts in the mix last night — though a terrific cover of Silver Jews’ “Punks In The Beerlight” early in the set was a nice surprise — but seeing and hearing that The Violators haven’t missed a beat despite two years off work was plenty satisfying.

The show began with a mesmerizing set from experimental guitarist and soundscaper Bill Nace, known for his Body/Head collaboration with Sonic Youth’s Kim Gordon as well as his solo work; he played what appeared to be a modified electric lap steel, delivering a whirring and wild expanse of raucous feedback and drone. Long running punk three-piece Pissed Jeans followed, revved up and sardonic as always — between ragers like “Have You Ever Been Furniture” and “Bathroom Laugher,” lead vocalist Matt Korvette delivered his usual non-sequiter banter, asking the audience to pass any beanies to the front (“I just want everyone to be safe”), and commenting on local real estate (“do you do Zillow here?”) and the surreality of a gig at the Jersey Shore in general (“we’re playing Margate tomorrow if you’re around”).

For his part, Vile was not as chatty. His greeting at the top of the set was a delay-soaked “Yerrrp,” which is very on-brand for a guy who’s more about vibes than banter. He did, however, reiterate several times “You’re beautiful” and “Love you” to the folks who turned out, and on the topic of vibes, he band sounded sublime. Much as this may have been something of a dusting-off-the-cobwebs gig for The Violators, they went into it mostly spotless, opening on a suite of poppier fare — “Loading Zones” into the cover into “Jesus Fever” — before diving into the dizzying headspace and immersive expanses of burners like “Bassackwards” and “Wheelhouse.”

The Violators seem to be more ambidextrous than we’ve seen before — the multi-instrumental Jesse Trbovich and Rob Laakso all handling guitar, bass, and synth at various points — while Kyle Spence kept the groove moving forward from behind the drums. A beautiful rendition of “He’s Allright” from Vile’s Matador debut Childish Prodigy was pared down to he and Trbovich exchanging electric and acoustic licks, “Hunchback” from the same album became even more of a burner when slowed down, but it was the set-closing “Skinny Mini” from Bottle It In where the band totally locked in and ascended to that proverbial next plane. You never can tell from any KV gig which song is going to be the one do that, but last night its meditative tones made it the perfect candidate.

Check out photos from the night below; KV and the band play Wilco’s Sky Blue Sky festival in Rivera Maya, Mexico on Monday, followed by a handful of dates this spring and summer — find those here — though we expect their calendar to fill up when that Verve album makes its way into the world.