Black Inspirations: The albums that shaped our favorite artists - WXPN 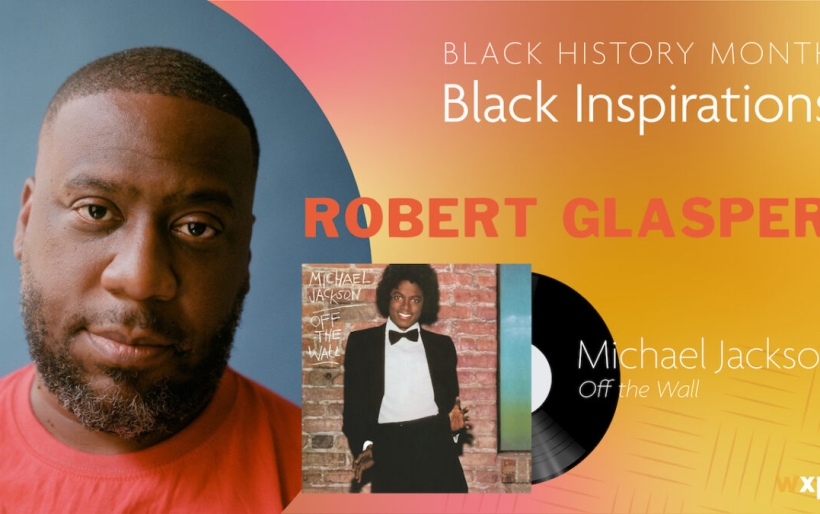 Black Inspirations: The albums that shaped our favorite artists

Over the course of the month, Black Inspirations will highlight contemporary Black artists while also giving them space to talk about the Black music that inspired them; each day, we’ll reveal a new testimonial below. Black Inspirations segments air on the XPN Midday Show at 10:30 a.m.

Yola’s pick: Come to My Garden by Minnie Riperton

As Yola told us on the air: “It’s a masterpiece that somehow is new every time I listen to it. It weaves a tapestry of urbane Black luxury in its arrangements and yet is rooted in pastoral lyrics and imagery as if it was hewn from the very earth itself. I have never felt so reborn with a record like I do when I listen to this one so I can’t recommend it highly enough.”

Dylan Cartlidge’s pick: Man On The Moon by Kid Cudi

As Dylan told us on the air: “He’s a phenomenal artist, he’s so inspirational. He’s given so much to me and so many other people. Just the kind of personality he puts into the music, the pain, the struggle and the relatability in his music really transcends a lot of different genres and different backgrounds. That’s what I love so much about this album in particular and Kid Cudi’s music.”

Amythyst Kiah’s pick: To Pimp A Butterfly by Kendrick Lamar

As Amythyst told us on the air: “This record is the epitome of everything that the follow-up to a label debut should be. He didn’t chase the brilliance of the sound from the previous record good kid, m.A.A.d city, which is an incredible record that I love. Instead he decided to pursue a completely different kind of brilliance, which is incredibly difficult to grasp. He decided to speak his truth of dealing with fame from the previous record, with mental health, with institutional racism. And his multifaceted, dynamic voice that can flow over any rhythm with any instrument. He’s tapped into a phenomenal force within himself and he had a great team of people with him in the studio of equal measure and that I imagine is an incredibly tall order with an artist such as him. His vulnerability and his words just take my breath away, and it truly is a masterpiece.”

As Chris told us on the air: “I remember this album spinning on the record player growing up and wearing down the needle playing it over and over and over again.  The album, which has elements of folk, soul, and rhythm and blues, completely opened up sonic possibilities for me and Richie Havens also represented freedom in Black music to me.  Hearing a Black man play guitar so intensely in open tunings and singing so freely about such a wide variety of topics was a powerful demonstration for me as a young Black songwriter and still is. I urge you to go out a ﬁnd a copy of “Mixed Bag” by Richie Havens today wherever you ﬁnd music and give it a spin.”

As Sug told us on air: “I chose the album The Miseducation of Lauryn Hill by Lauryn Hill because it was the first time in my young life I paid attention to an album as an entirety. The way each track had an interlude from teenagers talking about subjects I desperately wanted to talk about. I couldn’t get enough of how it made me feel. It inspired me to create music that was personal and specific.”

Samm Henshaw’ pick: Songs In The Key of Life by Stevie Wonder

As Sam told us on the air: “Songs in the Key of Life is just a gorgeous album back to back. It’s got some of his most iconic and incredible songs on it. It’s a beautiful, flowing body of work and I love it very much.”

Genesis Owusu’s pick: In Search of… by N.E.R.D.

As Genesis told us on the air: “Pharrell and N.E.R.D are a huge centrepiece when it comes to what I do musically. Why was rap/R&B pretty boi producer Pharrell fronting a rock band with anime/skater stylings? And why did it work so well? Boundary breaking, culture shaking stuff.”

As AJ told us on the air: “Journey In Satchidananda is a cosmic devotion, a meditation on grief, and a testament to love as a liberatory force. Alice Coltraine’s music and life helped me discover infinite paths of healing. For me this album feels like a home in the heart of eternal bliss. Take a listen with your eyes closed and trust the music as a guide to find what you need in this beautiful journey.”

As Leon told us on the air: “The Life by Ginuwine is an album that has  inspired me as an artist. When I heard ‘Differences’ on the radio for the first time I was so enamored by the sound I had to experience the whole album for myself. The Life definitely planted a seed  in me and ultimately shaped the music I would create.”

Cimafunk’s pick: To Pimp A Butterfly by Kendrick Lamar

As Cimafunk told us on the air: “It’s a wonderful masterpiece. The music, the lyrics, the flow. The groove of Kendrick and all the musicians. They have a different way to say things. Also, all the musicians that were involved, the producer that was involved in the album, were just genius. It’s a genius album, you feel that it’s a lot of collaboration, and all the message of the lyrics feels so real and so from the heart. For me this album is one of the last masterpieces that I hear.”

Robert Glasper’s pick: Off The Wall by Michael Jackson

As Robert told us on air: “Michael Jackson’s ‘Off the Wall’ is probably the most influential album in my life. My dad took me to see MJ during the Victory Tour 1985 when I was 7 years old! I used to unfold that album, read the liner notes and listen for hours and hours. I started doing this in the 2nd grade!”