A brief history of J. Dilla and The Soulquarians - WXPN | Vinyl At Heart 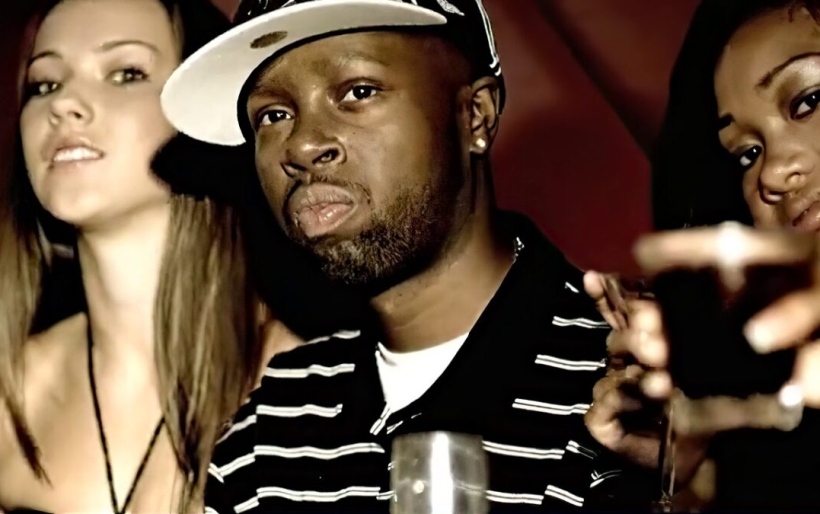 A brief history of J. Dilla and The Soulquarians

From his early days working with local legends Phat Kat, 5 Elementz, and his own group Slum Village in his hometown of Detroit, all the to Champion Sound with Madlib and beyond, James Dewitt Yancey (aka J Dilla)’s career was an example of how singular, individual genius is best when augmented by an unfettered, open-minded approach to collaboration. From the time that he broke onto the scene until his death in 2006, Dilla would align himself with key figures that helped him along the path to making some of the greatest music of his tragically short life.

On the afternoon of Friday, July 29th, 1994, Lollapalooza came to the Pine Knob Music Theater, an outdoor amphitheater located about 40 miles northwest of Detroit. While a dizzyingly eclectic and quintessentially 90s lineup of acts-including The Beastie Boys, Luscious Jackson, Boredoms, and George Clinton rocked the stage, the young hip-hop producer from the motor city named was ready to take an important step toward his destiny. James had come to Lollapalooza that day to meet with Q-Tip of A Tribe Called Quest, and by all accounts, he adored Tribe. The New York-born trio’s direct, unfussy rhymes and rich beats, built on dense collages of jazz, funk, soul, and psych records, helped establish a foundational sound that Yancey and countless other young musicians would build upon. Even Slum Village, the three-man group that Yancey had formed with his childhood friends, T3 and Baatin, took their name from the lyrics of a Tribe song.

Although it would be their first time that Tip and Yancey met, the events of that day had been set in motion long before either man set foot in the venue. Yancey’s friend, mentor, and collaborator, Amp Fiddler was working on the Lollapalooza tour that year, playing keys for George Clinton & The P-Funk Allstars. Fiddler had been singing Yancey’s praises to Tip for weeks on tour. That night, Amp made the introduction on Tip’s tour bus and Dilla gave Tip a Slum Village demo tape to listen to.

A keen student of his beat-making forebears like Tip, Pete Rock, Marley Marl, Diamond D, Kurtis Mantronik, and others, by 1994 James Yancey had distilled nearly every technique and stylistic signature that had arisen in hip-hop production up to that moment. He could chop up, reorder and recontextualize samples like RZA, he could filter out unwanted high and midrange frequencies, isolating the warm, enveloping bassline of a sample like Da Beatminerz and he had taken the head nodding rhythmic bounce found in producers like Pete Rock, Q-Tip and Erick Sermon’s drum patterns and pushed them into a new realm, establishing his own uniquely swung drum programming sound that remains foundational today. Q-Tip — an innovator himself, who undoubtedly recognized how Yancey was challenging and pushing against an entire history of hip-hop production within his beats — would eventually offer Yancey a chance to work with him and Tribe under the banner of a new production collective called The Ummah. The Tip/Dilla/Ummah partnership would go on to produce beloved albums like A Tribe Called Quest’s Beats Rhymes & Life as well as opening the door for brilliant, influential Dilla remixes like D’Angelo “Me And Those Dreamin’ Eyes Of Mine” and Keith Murray’s “The Rhyme”. It would be Dilla’s work The Pharcyde’s 1995 album Labcabincalifornia that would catch the attention of Dilla’s next great collaborator, leading him to what would be the most exciting phase in his career.

One night in 1995 while out on tour with The Pharcyde, Roots drummer and bandleader Ahmir “Questlove” Thompson got his first taste of Dilla’s sonic experiments. In his book, Mo’ Meta Blues: The World According to Questlove, Thompson recalls being blown away by Labcabincalifornia’s “Bullshit” and Dilla’s quirky approach to rhythm:

“I could hear the vibrations coming from the back of the club. The Pharcyde had just taken the stage. I paused by the can, because the only thing I could really hear, amid all the rest of the noise and music, was a crazy discrepancy in the kick drum. It was almost like someone drunk was playing drums-or, more so, that a drunk, brilliant four-year-old had been allowed to program the kick pattern.”

Thompson rightly goes on to describe Dilla’s approach as “radical” and within a few years the two would meet and initiate a fruitful working relationship that would eventually blossom into the Soulquarians, a collective that got its name from Thompson’s realization that he, Dilla, D’Angelo, and keyboardist James Poyser were all born under the same star sign. The Soulquarians burned brightly in the first few years following the turn of the millennium, fizzled out quickly, but left their musical DNA everywhere.

The first instance of Dilla working The Roots cut “Dynamite.” Flexing his impeccable ear for flipping samples, Dilla snatches a fleeting, jaunty 4-bar phrase from jazz guitarist Bucky Pizzarelli and transforms it into a slick musical bed for Black Thought and Rehani Sayed (aka ELO The Cosmic Eye) to get busy. While “Dynamite” was recorded in Detroit, the true home of the Soulquarians was Electric Lady Studios, the storied recording facility located in New York’s Greenwich Village. Built by Jimi Hendrix as a home base to realize the complex musical visions that lived in his head, the studio opened in August 1970, less than a month before he died. Despite the tragic passing of its founder, Electric Lady is still open for business and has gone on to host the recording of beloved albums from Stevie Wonder, David Bowie, The Rolling Stones, Led Zeppelin, and contemporary acts like Frank Ocean, St. Vincent, and Japanese Breakfast. It was at Electric Lady that the Soulquarians grew from a loose friend circle of associated acts into a working crew developing a colorful aesthetic mixture of hip-hop, soul, jazz, funk, psychedelia and beyond.

Looking back today, the cannon of music created during the Soulquarians brief period of activity stands as some of the most adventurous popular music of the 2000s. Whether you consider Common’s classic Like Water For Chocolate or the liberatory afro-psychedelic soul of its 2002 follow-up, Electric Circus, the sanctified Gospel-Funk of D’Angelo’s Voodoo or Erykah Badu’s warm, spiritual opus, Mama’s Gun, the sheer volume and diversity of music that Dilla and his cohorts were able to create during this time has aged beautifully. This music also pointed toward a future enriched by popular musicians like Frank Ocean, Janelle Monae, FKA Twigs, Robert Glasper, and more who take the established parameters of hip-hop and soul and expand them in ways that were previously unimagined.

Below, listen to a primer playlist on J. Dilla and The Soulquarians’ beautifully textured work; Dilla would have been 48 years old on Monday. Another milestone in the Soulquarian universe is the 25th anniversary of Erykah Badu’s debut Baduizm, this Friday, February 11th. Eclectic Philadelphia band Omar’s Hat will perform the album in full downstairs at World Cafe Live in tribute; more information at the XPN Concert Calendar.