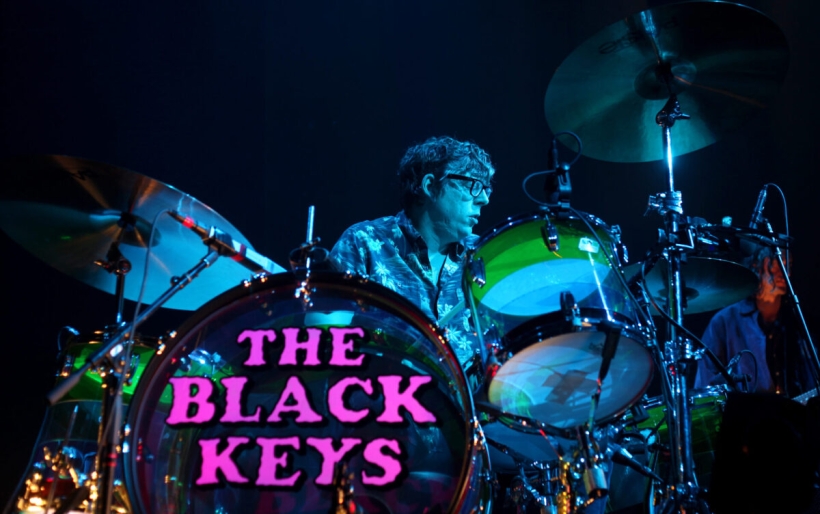 The Black Keys | photo by Ben Wong for WXPN

“We have been having more fun together lately than we have at any other point in the past,” says The Black Keys drummer Patrick Carney. “We’re like the old couple whose kids have left for college and we’re putting the hot tub in.”

Carney is talking about the fact that the band’s newly-announced eleventh studio album, Dropout Boogie, comes out May 13th — one day shy of the 20th anniversary of their debut LP The Big Come Up. In an interview with Kristen Kurtis on The XPN Morning Show, Carney reflects on his long working relationship and friendship with his bandmate Dan Auerbach, who he met in 1989 in Akron, Ohio when the two were eight and nine years old.

Carney says compromise, and a willingness to hear out opinions are two traits that keep their creative partnership going. “What makes a collaborator good is when you can recognize an idea that’s not yours is good,” he says.

Carney also talks about making Dropout Boogie with a cast of guest musicians — “Asking for the right help from the right people helps us make better music,” he says — and how he and Auerbach tried to tap into sounds that got them excited as children, that “made you want to rewind your Walkman and hear the song again,” as we hear on the funky new single “Wild Child.”

Listen to Kristen’s interview with Patrick Carney below (along with the new single), get information on Dropbout Boogieat The Black Keys website, and see the band when they play Waterfront Music Pavilion in Camden with Band of Horses and Ceramic Animal on July 14th; more information on the concert can be found at the XPN Concert Calendar.