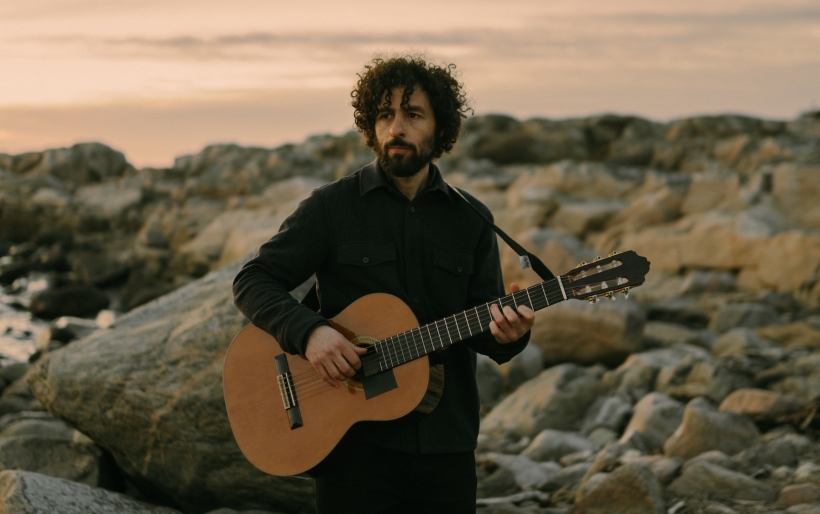 There’s an ease that comes with listening to a José González album. But on Local Valley, the fourth studio album from the Swedish songwriter, there’s quite a bit of playfulness.

The classical guitar sounds and dreamscape vocals are still there, but there’s more layers, more percussion, more synthy sounds and more forward momentum. For González, Local Valley was an opportunity to explore — to take more chances — including, for the first time, singing in three different languages (Spanish, English and Swedish) over the course of the record. It’s his most diverse effort to date. We caught up with José on-tour to talk about some of the changes he made, the interesting way he tests his material and offers up an explanation on why his music is constantly being requested for film and television shows, particularly during a climatic moment.

But first, a performance recorded live for the café: the song that opens up his new album, “El Invento.”