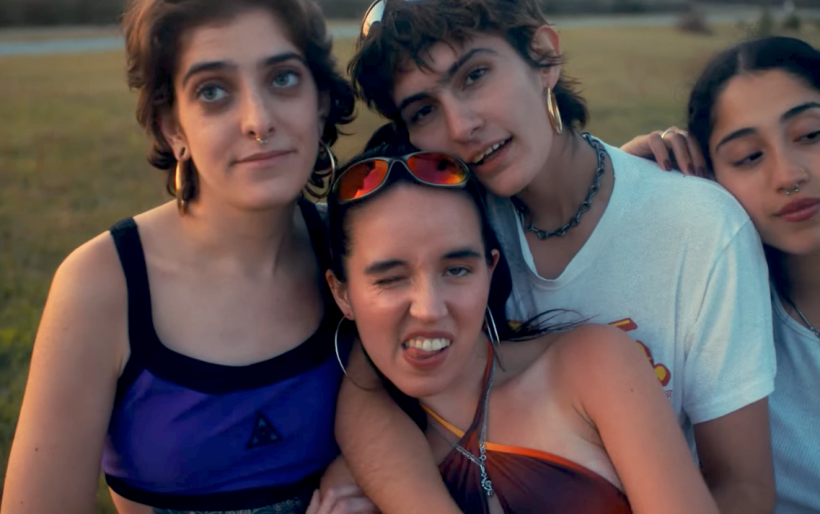 The latest from East Coast rapper PIERI is a melodic bop with a cumbia beat and lyrical inspiration drawn from the strength of long-running friendships.

From San Miguel de Allende to Philly to New York to Coachella, rapper PIERI is on quite the exciting journey. With a run of impressive singles over the past few years — including “Kitican” and “Quien Paga” — she’s now set to release AGROLOVE, her debut album, on May 20th.

Her latest teaser of the record comes in the form of “De Moda,” a melodic bop with a cumbia beat where PIERI draws lyrical inspiration from her day-ones. Over email, she says it’s “overcoming a heartbreak and surrounding yourself with close friends who were there before the relationship. Growth from heartbreak. Acknowledging that you deserve more than what the person you loved gave you.”

In a high-energy music video for “De Moda,” directed by Jake Lazovick and out today, we see PIERI and a group of friends — Christine Polycn, Julie Saha, and Lili Burch — bonding over a beach day, chilling in their rented house, watching the sun set into the water, dancing around a nighttime campfire in the sand. Watch it below.

Now based in New York, PIERI celebrates the release of AGROLOVE at Baby’s All Right on Saturday, May 21st, but she’s back in Philly the following Friday, May 27th, to kick off World Cafe Live’s Puerta Abierta Summer Music Series opening for Xenia Rubinos. Tickets and more information can be found at our Concerts and Events page.