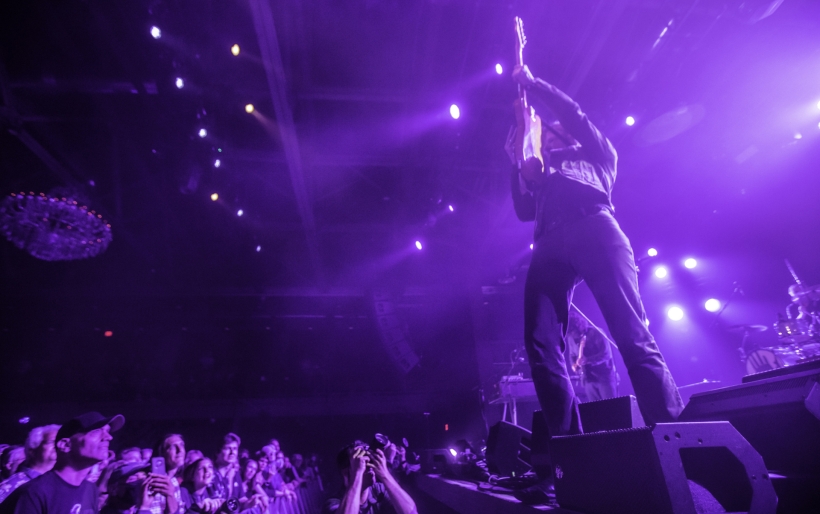 At The Fillmore this week, Spoon showcased their new record The Hardest Cut, presented a curated selection of old favorites, and collab’d with opener Margaret Glaspy.

It was 9:15 on a school night when Britt Daniel marshaled the Spoon crew onto the stage at Philly’s Fillmore. It’s a band lineup iteration that includes bassist Ben Trokan, plus Gerardo Larios and Alex Fischel playing various other instruments to Jim Eno’s enduring beats, the now silver-haired co-founding drummer looking just a little more like David Byrne with each passing day.

With a couple wordless gestures to a warm crowd, Spoon unleashed the swinging steamroller “Held,” the opening cut from Lucifer On The Sofa, released this past February, their tenth studio album in the band’s almost thirty years – a record concisely summed up by Daniel himself, in a recent interview with Kentucky’s WFPK when he noted, “it’s the sound of classic rock as written by a guy who never did get Eric Clapton.” At 51 now, Daniel is as fun to watch as ever, as he delivers with each performance a master class on how to frontman. Brandishing his new signature amarillo-gold thinline Telecaster, the result of a recent collaboration with Fender, his stagecraft nods loudly to his beloved influences right down to the Presley poses, Buddy Holly hiccups, and the primal screams of the Plastic Ono Band. 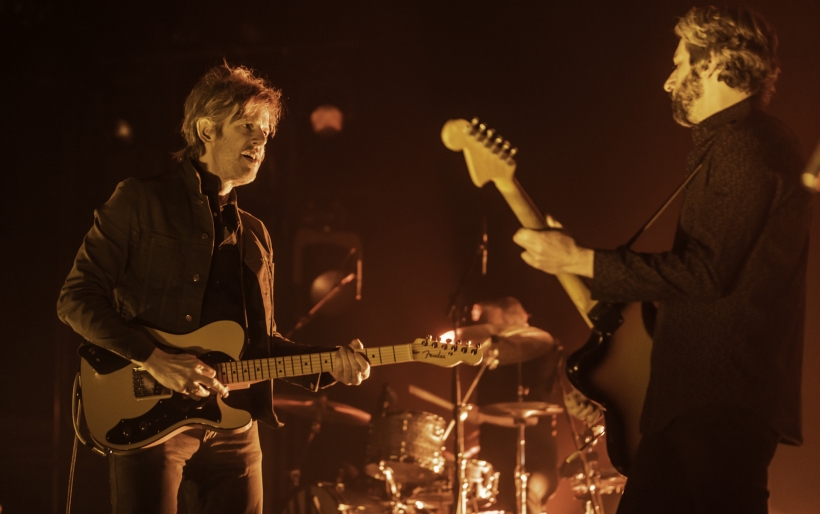 The band peppered the set throughout with new picks like “My Babe,” first single “The Hardest Cut,” and the title track, mixed in with curated selections from their catalog with nothing too old or surprising: fan favorites like “I Summon You” and “Underdog,” the syncopated spur of “Mathematical Mind” and dancey disco of “I Turn My Camera On,” and the bruising “Beast and Dragon, Adored,” complete with its Kinks-pinched intro and chorus of Beatles nods (that the song’s lyrics are themselves references to other Spoon tracks a la the fabs’ “Glass Onion” maybe being the biggest nod of all).

Margaret Glaspy brought the full force of open-throated electric-indie-folk-pop to her opening set as well, and was received especially warmly and cheered on when she lifted her voice in open resistance, with new song “My Body My Choice” taking aim at the Supreme Court’s recently leaked draft decision that threatens to subvert abortion rights. She returned to the stage, before the night was out, for a duet with Britt Daniel, on Richard and Linda Thompson’s “I Want To See The Bright Lights Tonight.”