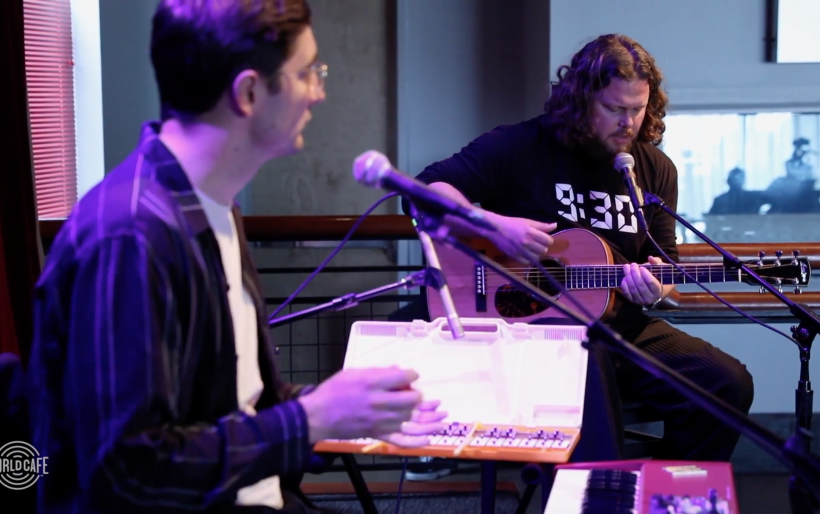 A well-deserved break — and building their own studio — was the spark the group needed to make ‘The Dream,’ their most adventurous album yet.

alt-J needed a break after almost a decade as a band, putting out three immensely successful album, touring throughout. So just before the pandemic, the group decompressed in their own ways before starting work on their new album, The Dream. That break, along with building their own studio, was the spark they needed to make their most adventurous album yet. And that’s the thing: alt-J has been daring from the start. With an incredible knowledge of music history at their disposal, the guys from Leeds, England, have always had a knack for making the unconventional sound appealing.

I caught up with Joe and Gus from the group for a live performance from World Cafe Live in Philadelphia to talk about making The Dream, and we also look back on their breakout debut album, An Awesome Wave, which turns 10 this year.

Hear the complete session in the player above, plus watch their performance of “U&ME” via NPR Live Sessions.