Five From Philly: Homeground sounds to hear from R-Son The Voice, Anwar Marshall and more - WXPN | Vinyl At Heart 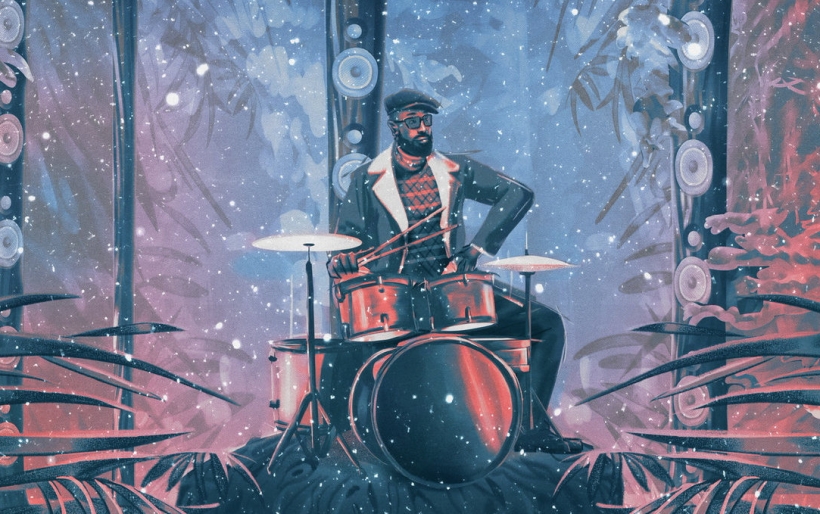 Five From Philly: Homeground sounds to hear from R-Son The Voice, Anwar Marshall and more

So far, 2022 has brought us a wealth of new music from artists across all genres and locales. Philly’s musical community has kept up with the wave, gifting us with a ton of dope new albums, singles and EPS for the Spring. Here are five of my favorite recent local releases.

Gabriel Prosser – It Takes A Village

It Takes A Village is the new album from Brooklyn-born, Philly-based rapper/activist Gabriel Prosser. “Culture Intro” (feat. Misty Sol) sets the tone with ts uplifting beat and a sampled monologue where Dr. Amos Wilson discusses the ways in which culture influences a people’s consciousness. From here, Prosser takes us on a journey with insightful bars that are beaming with revolutionary spirit.

Taking inspiration from Malcolm Gadwell’s axiom that it takes 10,000 of practice to master a craft, Gangstagrass’ R-Son the Voice uses his new single to display his own mastery of the art of MCing. Rocking over a soulful, Baby Blak-produced beat, R-Son reminds us that “It takes ten thousands hours to master the craft. Ten thousand hours, then it’s back to the lab.”

Culture Cypher Radio listeners may recognize the name and voice intoning “Hey World….this is Alexa Gold and you’re listening to…” over the XPN airwaves. A celebrated singer-songwriter, Gold has collaborated with everyone from Cee Knowledge of Digable Planets to Paul Simon bassist, Bakhiti Kumalo. “Visions of Gold” finds Alexa Gold handling both vocals and production, laying down a soulful, drum and keys-heavy beat and evoking the power self-belief and manifestation.

Cold is the debut album from drummer/producer/composer, Anwar Marshall. The album opens warmly with the summery instrumental “Sphere.” The cut’s bouncy beat is complimented beautifully with a soaring horn and vocal melody. “Anwar – Language” takes things into a striking and experimental direction. Marshall solos freely on drums as waves of radio signals and distortion cascade around him. The album closes out with “Brother Malcom’s Message,” an ambitious tune that shows us how jazz, hip hop and soul music should play together.