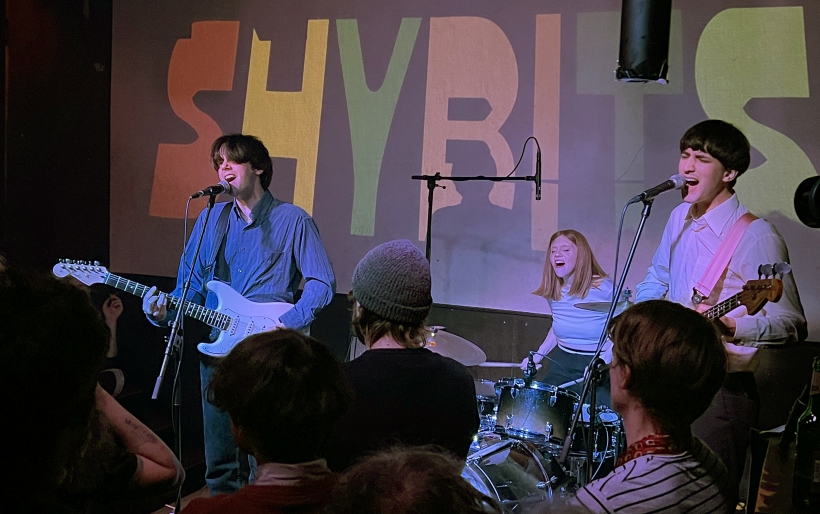 World Cafe kicks off its Sense of Place: Berlin series with a session with local trio Shybits, featuring a live performance and interview from local rock club 8MM Bar.

If you go to Berlin these days, you’ll find no shortage of clubs playing techno, but if you’re looking for rock — specifically, indie rock — you’ll want to head to the neighborhood of Prenzlauer Berg and look for a place called 8MM Bar. Over the next few weeks, we’ll take you into Berlin’s music scene, talk to the people who make it what it is, and hear live performances from some of Berlin’s most exciting emerging artists. Our first stop is 8MM for a live performance from Shybits.

Shybits released their debut full-length album earlier this year, called Body Lotion. In this session, you’ll hear them perform songs from that album and the interview we recorded, all from the little stage at 8MM in Berlin.