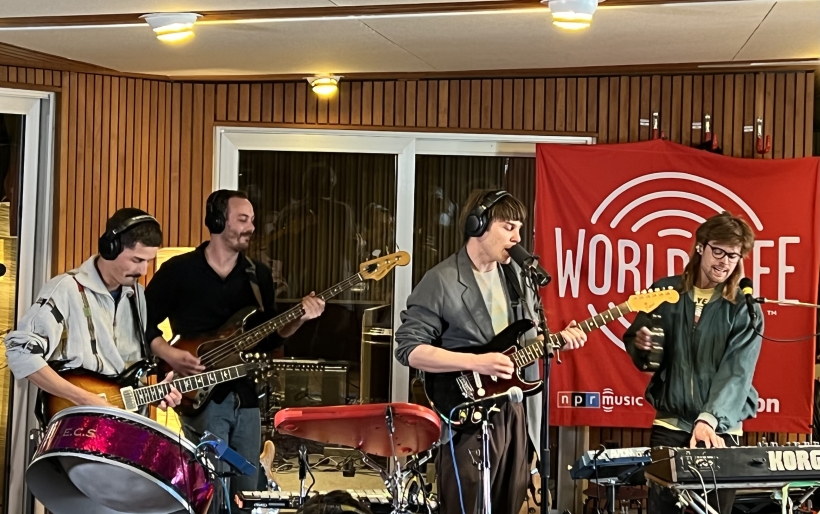 While you’ve maybe never heard of them here in America, in the German-language indie rock world, Von Wegen Lisbeth are a pretty big deal.

There are many, many English-speaking artists who have come through the famous Hansa Recording Studios in Berlin. It first gained worldwide fame in the ’70s when David Bowie recorded his song “Heroes” there. Even though the city, and the building itself, have changed a lot since then, Hansa still welcomes bands. For our Sense of Place: Berlin series, we recorded a handful of English-speaking, Berlin-based artists there — but today, it’s a live session recorded at Hansa from a band who sings in German. They’re called Von Wegen Lisbeth and while you’ve maybe never heard of them here in America, in the German language indie rock world, they’re a pretty big deal — they’re on a major label, award-winning, have millions of Spotify streams, 85,000 Instagram followers. So we’re honored to give you a live sneak peek of a song in this session that won’t officially be released until September, and because they drop a pretty surprising piece of information — given their fame and success — later on in our interview. Stream the complete session in the audio player above.