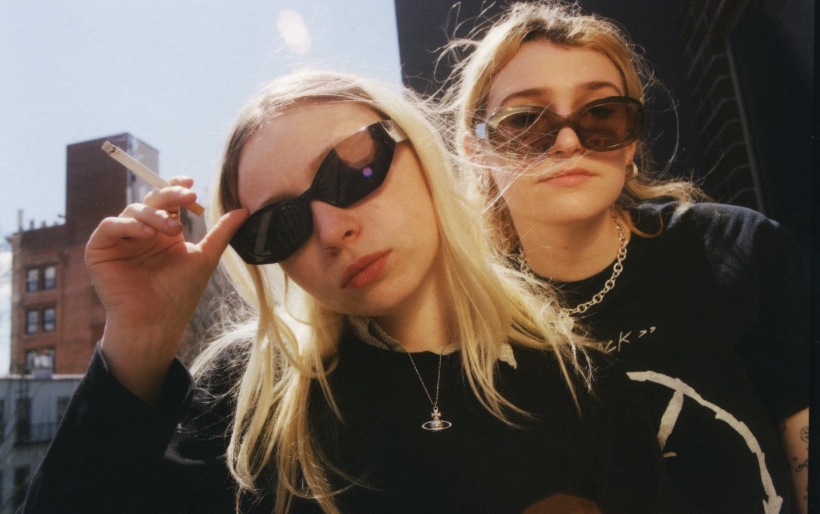 Hear about new releases by Momma, Tedeschi Trucks Band, Paolo Nutini and more in this week’s edition of #PressPlay.

The new month starts off with a modest assortment of albums to add to your schedule of holiday weekend listening. Recent Free at Noon guests Momma have grunge-pop hooks to spare on the confident Household Name. The second installment of Tedeschi Trucks Band’s I Am the Moon ramps up the drama of the multi-part album’s ongoing narrative. Previously a member of Goat Girl, Naima Bock makes her solo debut with Giant Palm; a love letter to her childhood in Brazil.

Scottish singer Paolo Nutini makes an energized return from his eight-year hiatus on Last Night in the Bittersweet. Prolific Philly-based poet Moor Mother teams up with a gallery of collaborators on Jazz Codes, a companion release to last year’s Black Encyclopedia of the Air. The self-titled debut by Ghost Woman is a psych-rock tour-de-force for journeyman guitarist Evan John Uschenko. PRESS PLAY on these new releases (and a few more) below…

Tedeschi Trucks Band – I Am the Moon: II. Ascension
CHECK OUT: “Playing with My Emotions” “Ain’t That Something”

Paolo Nutini – Last Night in the Bittersweet
CHECK OUT: “Acid Eyes” “Through the Echoes”

Ghost Woman – Ghost Woman
CHECK OUT: “Do You” “Behind Your Eyes”