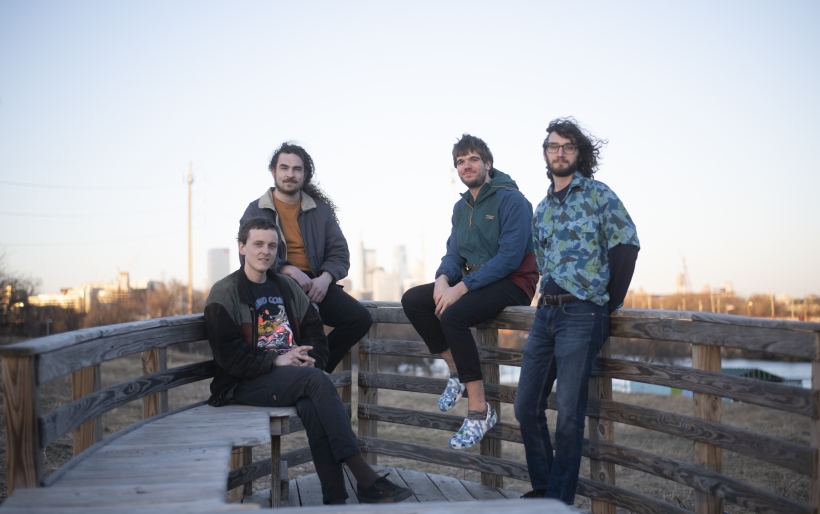 Boon announces its new LP Bad Machine with single “Talking To,” a song originally heard on their Morning’s EP from 2020.

Philly’s Boon released their new single “Talking To” today ahead of the September 2nd release of their fourth LP Bad Machine on Window Sill Records. Their layered, acoustic sound was given a boost in production for this new single, which was previously recorded for their 2020 project Morning’s. This time around, “Talking To” is released with a new, digital-collage of a music video.

Thematically, “Talking To” describes the act of positive self-talk when you’ve been stuck in your head for too long. It addresses how anxiety can force someone to become too concerned with the details, when there’s a bigger, more beautiful picture to appreciate. It’s a powerful message, one you could even say informed Boon’s writing on the new record.

On Bad Machine, Boon abandoned their usual, structured style of writing for something more spontaneous, letting the songs reveal themselves gradually. “Rather than trying to control where the songs were going to end up, we recorded the skeletons of the songs in a single day and let the tracks blossom naturally,” says vocalist Brendan Principato in a press release.

Listen to the calming, Grizzly Bear-esque single below with its creative visualizer, and keep an eye out for announcements on the band’s hometown album release party this fall.