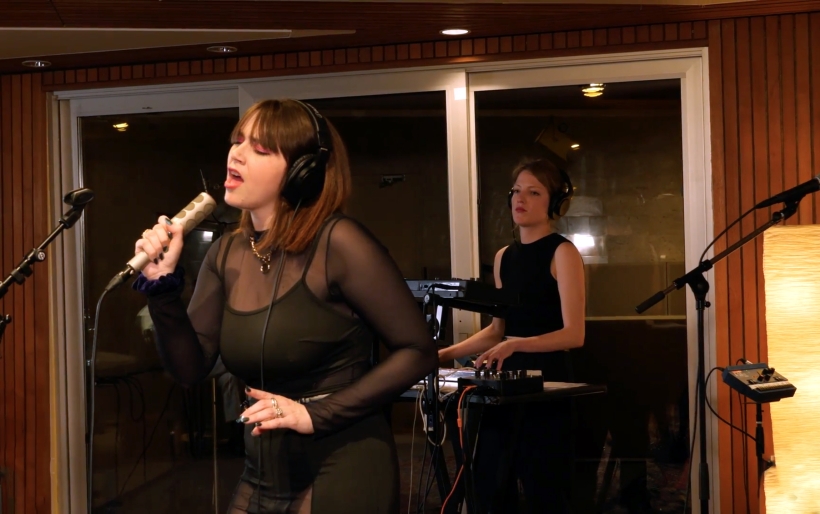 Berlin is a truly international city. For most Berliners, English is just one of the languages they speak, and our guest today is no exception. Sofia Portanet makes music in multiple languages, sometimes in the very same song. And she doesn’t just blend languages, she also blends genres: pop, rock, even opera. Her last full-length album, Freier Geist, was released in 2020. Since then, she’s been putting out singles — and in this live session recorded in April at the legendary Hansa Recording Studios in Berlin — you’ll hear Sofia performing a couple of those singles in front of an audience for the very first time. Like this one. Recorded in front of a live audience for World Cafe’s Sense of Place Berlin series, this is Sofia Portanet with “Mi Amor.”