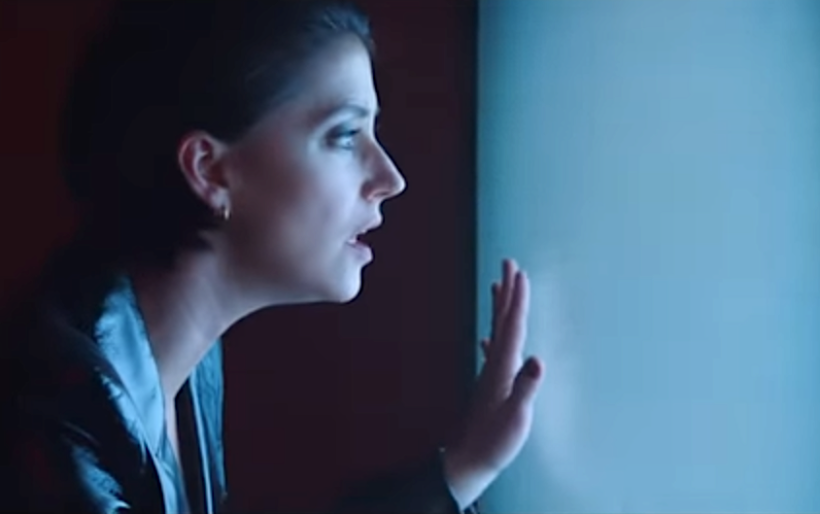 The single comes from the singer-songwriter’s sixth studio album We’ve Been Going About This All Wrong.

Amid flashing strobes and dramatic amber backlighting, we see Van Etten singing at the camera as well as interacting with dancers Coco Karol and Miguel Angel Guzmán, who play two people sitting in a desolate living room set, disconnected from one another on their smart phones. As Van Etten sings “baby, don’t turn your back to me” and fights onscreen to get Karol and Guzmán to look at one another face to face, she reminds us of the importance of personal connection in the real world.

“When I was writing this song, I wanted to talk about domesticity and intimacy frustrations under the tensions of working at home and seeking connection while being tied to our devices and still trying to reach each other as lovers, parents, humans,” Van Etten said in a press release. “Reminding each other that there is still a primal attraction even in the midst of the mundane and repetition of everyday life.”

Watch the video below. Sharon Van Etten plays the skyline stage of The Mann Center on August 19th with Angel Olsen and Julien Baker for the Wild Hearts tour; tickets and more information can be found at WXPN’s Concerts and Events page.