Bob Dylan's "Blowin' In The Wind" finds a new life pioneering a new format. But for whom? - WXPN 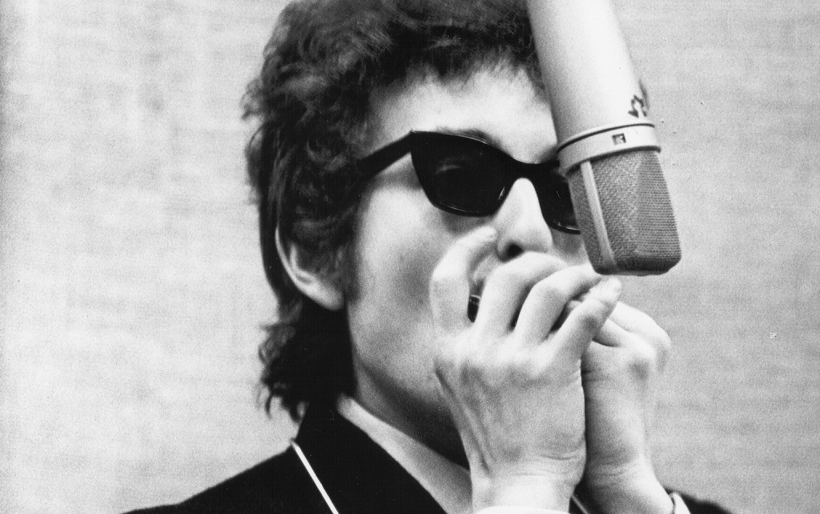 Bob Dylan’s “Blowin’ In The Wind” finds a new life pioneering a new format. But for whom?

Thoughts on the new one-of-a-kind recording of the 60s counter-culture classic, which sold for $1.7 million.

On July 7th, Bob Dylan’s “Blowin’ in the Wind” was sold at auction for $1.7 million. Why would a song that seems to be in every house in some form sell for that much? It was not the original master tapes, nor was it some early demo recording either. It was a version recorded in 2021 that was laid down on a special new format called Ionic Originals. To simplify what an Ionic Original is; it is essentially a very hi-fidelity record that was developed by T Bone Burnett, a friend and collaborator of Dylan.

Burnett boasts that his newly developed format is “the pinnacle of recorded sound”. This bold claim has not been tested too thoroughly, and as of now “Blowin’ in the Wind” is the only Ionic Original to be released into the wild. Well, if by wild you mean someone’s very nice house with a very nice stereo setup – then yes, “the wild.”

But this begs the question: was this technology worth the time and cost to develop? It seems like these releases are only going to be relegated to very limited runs of one-off collector’s items. So sadly you won’t see an Ionic recording of Alex G’s God Save the Animals hitting shelves anytime soon.

There have been a number of opinions thrown around about this specific auction and things similar, like the recent boom (and somewhat fall from grace) of NFTs. Ben Beaumont-Thomas of the Guardian wrote a wonderful article expressing his thoughts on the situation, noting how it almost directly clashes with the sentiment and spirit of “Blowin’ in the Wind.” A fair point, but I think Burnett should scrutinized less for the song choice and more on whether his intention with the format is a just mission. He said this in a statement regarding Ionic Originals:

Marshall McLuhan said that a medium surrounds a previous medium and turns the previous medium into an art form, as film did with novels, as television did with film, as the internet has done with television, and as digital has done with analogue. With Bob Dylan’s new version of “Blowin’ In The Wind,” our first Ionic Original archival analogue disc, we have entered and aim to help develop a music space in the fine arts market. I trust and hope it will mean as much to whomever acquired it today at Christie’s Exceptional Sale as it does to all of us who made it, and that they will consider it and care for it as a painting or any other singular work of art.

It does not seem like at this point Burnett wants this to become the new vinyl or CD. But as time moves forward, the cost to make these will only go down. And this is not the first time he has gone on a crusade for high-quality audio for consumer use. In the mid-2000s he developed the Code or ΧΟΔΕ format as a way to produce CDs that would sound comparable to the studio master tapes. So Ionic seems only like a natural progression for him, if maybe more of a few steps back from a consumer standpoint.

But the mission for Ionic, again, is not for consumers – just like how very high-end stereo equipment is more akin to an “adult toy” than a practical way to listen to music. The idea of having a one-of-a-kind recording from Bob Dylan that will never decrease in quality would have been a much better way to advertise it, as you are adding value from the rarity, artist, and quality of the product. Along with the product being presented in a beautiful wooden box this is more an interactive art piece than a means to listen to music.

Which leads us to wonder – Dylan more an assistant and Burnett is some like a Jeff Koons figure?